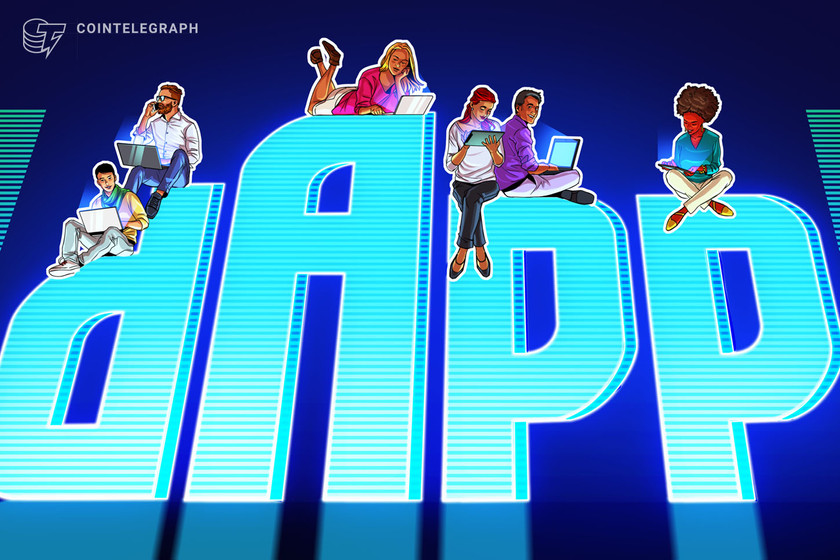 Ethereum’s top 10 most-popular DApps have collectively amassed more than 1 million active users over the past 30 days.

Ethereum-powered decentralized applications, or DApps, have attracted more than one million active users over the last 30 days according to analytics platform DappRadar.

This milestone comes as interest in decentralized finance, commonly referred to as DeFi, received a second wind, with the number of users growing by 11% in the first 11 days of November.

The ten DApps, six of which describe themselves as providing “DeFi and exchange” services, represent more than $21 billion in combined trading volume over the last 30 days.

The top three DApps — Crypto.com’s DeFi Swap, Uniswap, and Compound — account for the lion’s share, with more than 930K users between them. DeFi Swap had 509.6K, Uniswap had 276.7K, and Compound had 143.9D users. None of the remaining seven DApps had more than 30,000 users across the month.

Dune Analytics data suggests that an individual DeFi user may have multiple addresses and interact with multiple DApps on multiple occasions during a month, making it difficult to accurately estimate actual users numbers from the above figures. According to the site the total cumulative number of unique wallet addresses for DeFi users over time is 901K.

The four DApps that are not categorized as DeFi or exchange platforms in DappRadar's top 10 include non-fungible token (NFT) marketplace Rarible, and NFT-powered game Axie Infinity. The remaining applications, Forsage and HEX, are described as ‘high-risk’ by DappRadar and potentially pose a danger to your wealth.

DeFi DApps are more likely to see volatility in user numbers as their activity is subject to the whim of speculative market sentiment. Other categories such as gaming DApps are less likely to be impacted by price fluctuations.

In October, it looked like the DeFi bubble had finally burst as the number of daily active addresses fell from a peak of 176K to under 20K in a matter of weeks, according to analytics platform Coin Metrics.

However, it turns out it wasn’t the DeFi bubble that burst, but rather a ‘Sushiswap and Uniswap’ bubble that burst. Removing these projects out of the equation and the number of active addresses has shown little change over the last three months.

The number of total active users on Ethereum has been on the rise this year reaching a 33-month high last month. Data from analytics platform Glassnode Studio showed the number of active addresses increasing from January’s low below 2.8 million to 5.9 million in October.

Despite the continued growth of DApps on Ethereum, last month’s high of 1 million active users represents less than 20% of October’s total active addresses, suggesting there is the potential for continued growth in the DApp ecosystem.

But again, it is unclear, how many of the 1 million active users are unique users. Certainly, some users will use the same DApp multiple times in the month, and others may use multiple DApps, further inflating numbers.