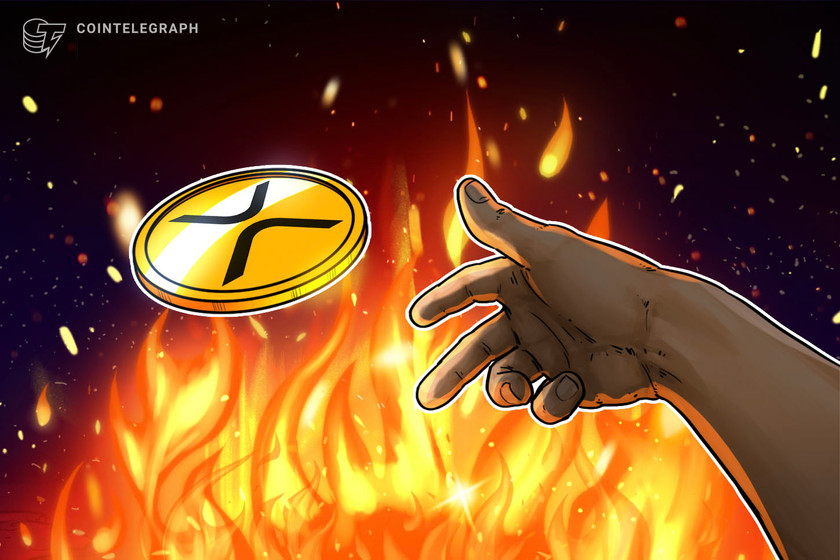 Ripple could be forced to burn its entire XRP holdings if the community votes for it, the company’s CTO David Schwartz has confirmed.

Ripple chief technology officer David Schwartz has admitted the company could be forced by validators to burn its 48 billion XRP tokens, regardless of if it agrees with the decision or not.

The company currently holds half the total XRP supply and has come under fire from the community for selling off tokens in the past, although it resolutely refuted claims of price manipulation and has stopped the practice in recent times.

In a Twitter thread, Schwartz confirmed that the community could vote for Ripple to burn their entire supply of XRP tokens, stating that the blockchain is “very democratic.”

“There would be nothing Ripple could do to stop that from happening.”

XRP Ledger amendments require an 80% approval rating from the ledger’s validators and are activated if they stay above that threshold for two weeks. In June, validators on the XRPL notably voted to adopt a new amendment, dubbed “the Checks Amendment”, without support from Ripple.

The amendment introduces the ability for users to write checks to each other for a predetermined amount of XRP that can be redeemed at a later period.

Schwartz’s comments come as something of a postscript to an incident in November last year in which it was revealed Ripple could also unilaterally decide to burn the billions in excess supply. At the time Stellar had just reduced its total supply of 105 billion XLM tokens down to 50 billion.

Schwartz hit out at the Stellar Development Fund for burning more than 50% of the total XLM tokens writing:

“Too bad XRP is decentralized or someone could just burn half the supply and raise the price to 29 cents.”

Stellar co-founder Jed McCaleb fired back that Ripple could burn just as many tokens, just as easily:

Wtf are you talking about. Ripple labs can burn half the XRP supply.

Schwartz conceded that it could be done, explaining that it would have to be through a non-traditional method like using the tokens as fees or sending them to an account that could never be accessed.

Ripple has been the subject of long-standing criticism for routinely selling tokens. According to a report in early 2020 by XRPArcade, the firm sold an average of 196 million XRP per month since December of 2017. As of April, a total of 5.5 billion XRP had been sold, or $3.45 billion at the time of writing.

In the second and third quarters this year, Ripple stopped selling XRP and started buying back the tokens to support its price. In Q3, the firm purchased $45.5 million in XRP.