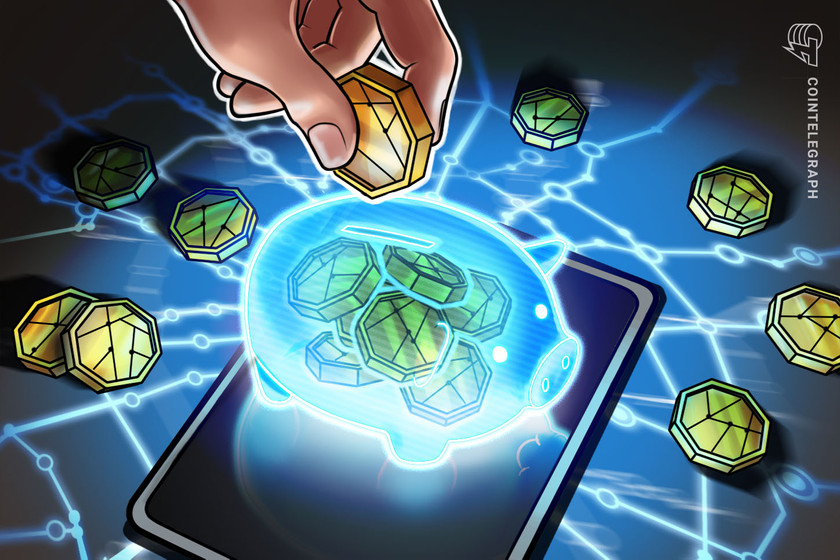 Compliance and regulations become more important than ever before for banks and traditional institutions that offer support for digital assets.

More and more traditional banks have started announcing support for digital assets as the price of Bitcoin (BTC) continues to make headlines for record-breaking all-time highs. Even major banks like JPMorgan Chase, which previously frowned upon Bitcoin, have taken a newfound interest in the cryptocurrency. Contrary to what Goldman Sachs stated recently, JPMorgan’s strategists have noted that “the price of gold would suffer from a structural flow headwind over the coming years” due to Bitcoin’s growth.

While JPMorgan Chase is clearly taking a softer stance on Bitcoin, some leading banks are going a step further by offering clients custody services for digital assets. For example, FV Bank, a Puerto Rico-based digital bank, announced on Dec. 21 that it received permission from the Puerto Rico Office of the Commissioner of Financial Institutions to provide custody services for all major cryptocurrencies, including Bitcoin and Ether (ETH), along with support for ERC-20 tokens.

Miles Paschini, CEO at FV Bank, told Cointelegraph that the bank will begin offering custody services integrated within its digital platform in early 2021. Both institutional and retail customers will then be able to open an account with fiat and digital asset balances. Paschini added:

“Banks are well-positioned to provide secure custody and to provide banking services to enable a seamless experience. Puerto Rico just happens to be a mature financial services market which is well positioned to authorize its licensed institutions to provide these services to international clientele while adhering to the requisite Bank Secrecy Act and Anti Money Laundering requirements.”

According to Paschini, FV Bank account holders will be provided cryptocurrency deposit addresses for each digital asset they wish to hold in their accounts. The digital assets will be managed in a secure and insured custodial account linked to the user’s digital bank account. Services will be accessed through online and mobile banking applications.

Nitin Agarwal, chief revenue officer at FV Bank, added that there has been great demand over the last few months from the bank’s existing customers to invest in and securely hold digital assets. As such, Agarwal commented that digital assets are proving to be attractive investments to international business, institutional investors and retail customers alike: “I anticipate the convergence of these products will drive growth in the bank for years to come.”

Following this, Standard Chartered bank announced a partnership with United States-based investment management firm Northern Trust to provide institutional custody for Bitcoin starting next year. Spanish bank BBVA also announced in early December trials for its first commercial service for the trading and custody of digital assets. The new service will be offered through BBVA Switzerland, and will make it possible to manage Bitcoin transactions and deposits.

Moreover, Swiss banks are preparing to offer digital assets through the Swiss Stock Exchange, also known as SIX, which recently created a new program enabling banks across Switzerland to provide clients access to digital asset-related products and services, set to launch next year.

Wayne Trench, CEO of OSL, one of Asia’s leading digital asset platforms and member of BC Technology Group, told Cointelegraph that major players such as DBS, alongside the likes of Fidelity Digital Assets and Standard Chartered, are just a few of the big names that have unveiled custody solutions for digital assets. According to Trench, banks will continue to offer support for digital assets due to demand from the clients of traditional custodians:

“Demand is reaching an all-time high in 2020 and we have seen relatively conservative financial institutions start to allocate investment into digital assets. One such example is MassMutual’s recent purchase of $100 million of Bitcoin.”

Trench added that there have also been major regulatory breakthroughs, such as the Hong Kong Securities and Futures Commission allowing Type 9 licensed asset managers to hold up to 10% in digital assets without additional terms and conditions.

According to Paschini, digital assets and cryptocurrencies are a growing investment asset class in addition to a payment and settlement mechanism. As such, he noted that banks would be well-advised to get involved with digital assets, with Bitcoin currently outperforming the stock market.

It’s also important to point out the growing interest in digital assets from institutional investors. Not only has this caught the attention of major banks lately, but major hedge funds are taking note. Just this week, Anthony Scaramucci’s multi-billion-dollar hedge fund, SkyBridge Capital, filed a formal application with the United States securities regulator to launch a new Bitcoin fund.

Compliance becomes more important than ever before

While it’s revolutionary that banks and traditional financial institutions are adding support for digital assets, ever-changing compliance and regulatory challenges must also be taken into consideration. This has especially become the case as the Treasury’s Financial Crimes Enforcement Network, or FinCEN, announced a proposed rule change for virtual currency transactions with unhosted wallets.

While the rule is currently a proposal, the change would mean that banks and money services businesses would be required to verify the identity of their customers while submitting reports for CVC transactions that exceed $10,000. In addition, records of CVC transactions over $3,000 would be required when a counterparty uses an unhosted wallet or “otherwise covered” wallet, such as those held at a financial institution not subject to the Bank Secrecy Act.

“In light of the rumored Treasury Department’s plans to implement regulations on self-hosted wallet transactions and FinCEN’s proposed Travel Rule change that lowers the threshold at which reporting is required from $3000 to $250, compliance events could triple in 2021. This will increase the cost of compliance for banks, exchanges, and other financial institutions.”

Jefferies added that regulatory agencies have also suggested more extreme repercussions, including fines and jail time, for those who fail to comply with regulations: “This elevates the stakes for banks and others adding cryptocurrency services to their offerings for the first time.”

Additionally, a CipherTrace survey conducted in December found that only 22% of bankers and financial investigators feel confident detecting crypto-related payments on their networks, suggesting the need for better risk detection.

Paschini, however, remains confident in FV Bank’s newly added support for digital assets. Paschini explained that the company is already subject to strict Know Your Customer and Anti-Money Laundering requirements, along with transaction reporting. Rather than regulations, he believes the main challenge for banks moving forward will be adopting the correct technical infrastructure and protocols.