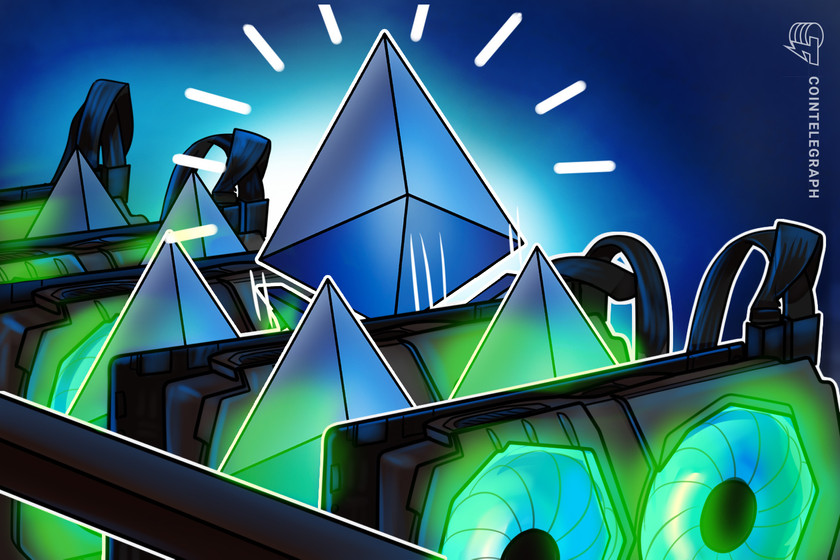 A software update released by Nvidia inadvertently bypassed the Ether (ETH) mining block the firm placed on its own GeForce RTX 3060 graphics card.

A spokesperson for Nvidia confirmed on Tuesday that the latest 470.05 driver update was mistakenly released with code intended for use only by Nvidia developers, which allowed for the removal of the hash rate limiter.

“A developer driver inadvertently included code used for internal development which removes the hash rate limiter on RTX 3060 in some configurations,” said an Nvidia spokesperson, as reported by The Verge.

In February, Nvidia decided to intentionally hamper the Ether-mining effectiveness of its RTX 3060 series graphics cards to prevent a demand-induced shortage caused by crypto miners. A three-way handshake between the hardware, the software and the computer firmware was supposed to ensure the card recognized when it was being used to mine Ether, and cut its computational power in half, from 50 MH/s to 25 MH/s.

But the back door which allowed the card’s hash rate limiter to be bypassed came from the software side, and it was released by Nvidia itself. The offending beta update has since been pulled by the software company, but versions of it have already made it out onto the internet.

While the news only compounds the misery of gamers waiting to upgrade their graphics cards, the gaffe by Nvidia might not necessarily result in Ether miners eating up the next supply of GPU shipments. According to Hexus.net, the latest reports suggest the affected driver can only unlock one RTX 3060 at a time, rendering it unsuitable for use in large mining-farms, for the time being at least.

Initial rumors suggested a custom modification had bypassed the RTX 3060’s hash rate limiter on March 10, allowing it to mine Ether at full capacity. It was later revealed that the mod had not enabled the card to mine Ether specifically, but had been rigged to enable the mining of another GPU-mineable cryptocurrency, Ravencoin (RVN).