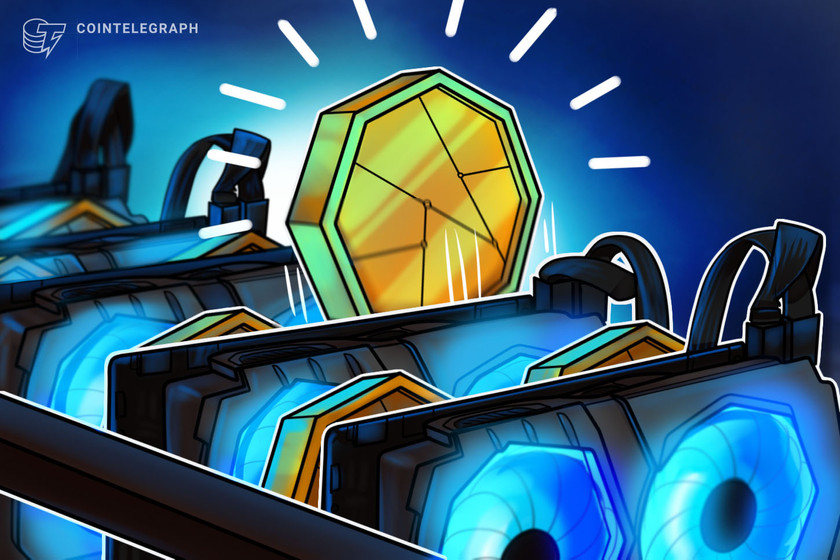 Tech companies like Oracle, Tesla, Hewlett Packard, and now Blockcap are moving to Austin, causing many to call the state capital the Silicon Hills.

North America-based crypto mining company Blockcap announced over the weekend it would be establishing new offices in Austin, Texas.

In an announcement from Blockcap on Friday, the mining company claimed once its new facilities are operational in the Lone Star State’s capital, its hashing power will be roughly 3.5 exahash per second from a total of 42,000 rigs, reportedly doubling its capabilities. According to blockchain data, this would represent more than 2% of the hashrate for the entire Bitcoin (BTC) network, roughly 167 million terahash per second at the time of publication. However, Blockcap claims its total fleet will account for only 1% of the network's hashing power.

“Austin is our home base from which we will pursue our mission and bring this great city closer to the center of the United States’ blockchain technology ecosystem,” said Blockcap chair and founder Darin Feinstein. “We also see the city as an ideal location from which to continue expanding our operations as we grow at both national and international levels.”

Blockcap cited electric car manufacturer Tesla setting up one of its "Gigafactories" in Austin in announcing the move. Tesla CEO and billionaire Elon Musk recently purchased a home in the Texas state capital for more than $3 million on Lake Austin west of the downtown area, while the firm is breaking ground on the Gigafactory on the east side closer to the Austin-Bergstrom International Airport.

The mining company did not immediately respond to questions regarding where it plans to establish its offices in the Austin area or how many jobs would be created as a result, though Feinstein said it would be "hiring locally." Musk said in a tweet last month that the new Giga Texas location would bring in more than 10,000 jobs, effectively increasing the number of employees at the electric car manufacturing company by more than 14%.

Though some tech companies like Oracle and Hewlett Packard are moving to Austin — causing many to dub the city the "Silicon Hills," in reference to Silicon Valley — the state capital has in many ways become a microcosm of the U.S. housing market. Many employees of these firms may be seeing all-cash buyers purchasing homes, making them unavailable to those with only the financial means of saving for a 20% down payment. Musk highlighted the dearth of Austin housing in an April 4 tweet, seemingly in reference to Tesla employees relocating there.

However, the addition of Blockcap and other blockchain firms to the Lone Star State has the support of former Texas governor Rick Perry, the Republican politician who once famously forgot the name of the Department of Energy as a federal agency he would eliminate if elected president. Perry claimed Texas had “become the premier location for forward-looking industries like blockchain” and that Blockcap would likely lead to job creation and economic growth in the state.

Founded in 2020 by a group of blockchain veterans, Blockcap now controls roughly 12,000 mining rigs generating more than 7 BTC daily, or $416,550 at the time of publication. The company raised more than $75 million in two funding rounds led by Off The Chain Capital and Foundry Digital. According to Blockcap, the firm recently acquired more than $500 million worth of Bitcoin mining machines.