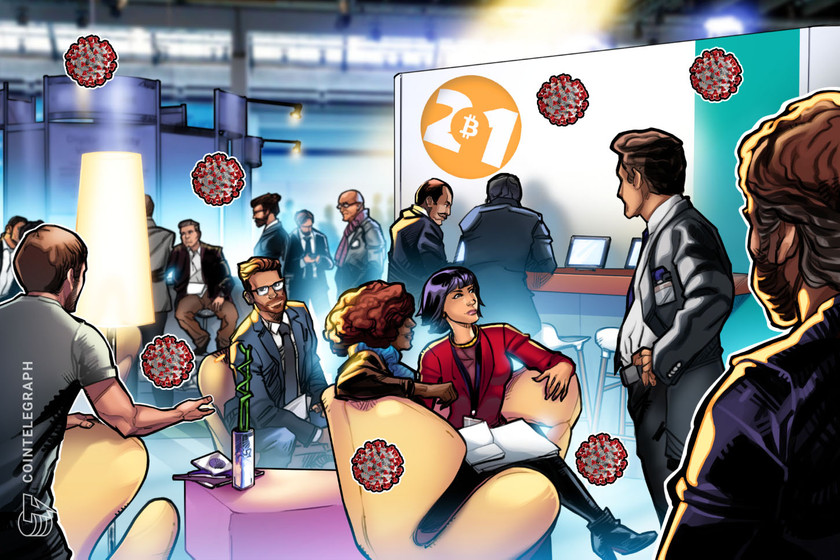 Social distancing, mask mandates, and proof of vaccination were not required to attend the event.

Some of the attendees who attended the Bitcoin 2021 event in Miami last weekend have tested positive for Covid-19 after returning home from the conference, leading to a wave of negative media coverage and social media speculation it could turn into a “super spreader event.”

Arcane Research CIO, Eric Wall, was among those to contract the virus, tweeting earlier today that he underwent a CT-scan after suffering from a “high fever” and “chest pains,” with medical staff having suspected he may have a blood clot in his lungs. No blood clot was found, with Wall having been discharged from hospital and returned home.

According to CNBC, at least 12,000 people attended the event — which did not require proof of vaccination or enforce a mask mandate. The event lasted for three days at Miami's Mana Wynwood convention center, cramming into crowded auditoriums while social distancing was not enforced.

The event was Miami's first major conference since the beginning of the pandemic. According to a New York Times report lines to enter the building “stretched for more than a mile.”

Miami mayor and Bitcoin proponent, Francis Suarez, spoke at the event, and was introduced on-stage as “probably the most irresponsible politician in all of America,” and “the mayor of the meccas of freedom.”

Here's some footage of the #Bitcoin Conference.

With an estimated 50,000+ visitors over 2-days, almost no one was seen wearing a mask.

As of now, it's unknown exactly how many people were exposed. I'll be sure to post any further updates! pic.twitter.com/QeVj0tJYEZ

Social media reports have estimated the number of attendees and positive tests may be higher than mainstream reports. Influencer “Mr. Whale,” told his roughly 235,000 followers that “dozens” of conference-goers have since tested positive, estimating the event could have seen more than 50,000 attendees.

A screenshot of an image retweeted by Bitcoin 2021 organizer Dylan LeClair that scathingly dismissed the U.S. Centers for Disease Control and Prevention’s (CDC) Covid-19 Vaccination Record Card system has circulated on social media.

Our future captains of finance

Bitcoin 2021 was not the first crypto conference to host Covid-19 transmissions, with TorusLabs’ co-founder, Zhen Yo Yong, urging attendees of the Ethereum Community Conference in Paris and ETHLondon hackathon in early 2020 to get tested when he was diagnosed with coronavirus after participating in the events.