Home » cointelegraph » crypto » crypto news » To ICO or to IDO? That is the question

To ICO or to IDO? That is the question 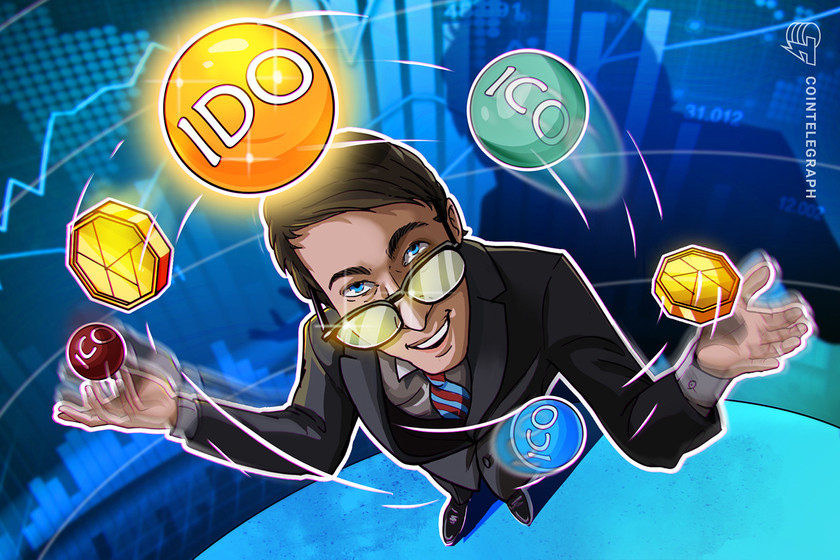 Initial DEX offerings have a fair bit in common with initial coin offerings but come out on top in cost, effort, and fairness.

Initial DEX offerings are the new initial coin offerings. So, what’s the difference between an IDO and an ICO, other than that one letter?

In some ways, ICOs and IDOs have more in common with each other than they do with initial exchange offerings, which have more than a few features of the traditional initial public offering of stock markets.

One big difference between IDOs and ICOs is the amount of money raised. No one sees a 10-figure IDO matching Block.one’s $4 billion ICO or Telegram’s $1.7 billion raise anytime soon.

Those ICOs also showed the power of the SEC, which generally went easy on companies willing to pay fines and issue mea culpas. Block.one‚ which raised $4 billion, paid a comparatively paltry $24 million fine. Telegram, which fought the SEC, ended up returning $1.2 billion of the $1.7 billion raised and shutting down its TON blockchain.

IEOs, on the other hand, are controlled by exchanges, which act in many ways like the underwriters — middlemen — which lead companies going public on the NYSE or Nasdaq through the process. In IEOs, centralized exchanges like Binance Launchpad and Huobi Prime vet the issuers, provide regulatory and know-your-customer (KYC) and anti-money-laundering (AML) services, and market the sales — for which they charge an arm and a leg. Unlike underwriters, crypto exchanges do not buy out and resell the tokens — in fact, more than a few IEO sales fail, despite the cost.

In both the IDO and the ICO, the token-issuer pays no direct fees to middlemen, which is much more in line with the peer-to-peer ethos of Bitcoin and its successors. That said, IDO launchpads like Polkastarter and Binance Launchpad are changing that as they become more common, but don’t have nearly the cost and control of centralized IEOs

However, every IDO and ICO issuer is responsible for its own marketing, and each must create the smart contract used to sell tokens — including arranging any audits — and carry out its own legal vetting. This likely includes outsourcing AML and KYC compliance, as well as general securities offering registration requirements.

Then there’s the matter of the tokens. ICO tokens are often minted after the sale, which takes place on the company’s website. That comes with a big cost, as the issuer needs an exchange listing, preferably a top centralized exchange. That can reportedly cost anywhere from $100,000 to several million dollars — which removes a significant downside to IEOs, in which the listing cost is built into the fees.

One thing that IDOs and ICOs do share is that they rely on knowledgeable community activists to vet the offerings, which either builds community and provides true decentralization, or is a serious Achilles’ heel that leaves prospective buyers short on information, depending on your perspective.

The ICO/IDO debate also has a fairness issue. IDOs shares are immediately tradable — there’s actually no way to impose the lock-up periods frequently used by ICOs. ICOs often offer insiders and early investors favorable terms that aren’t available to regular buyers. That’s not doable in the confines of a smart contract controlled IDO.

Which isn’t to say IDOs haven’t had their glitches — DeFi lending platform bZx’s mid-2020 Uniswap IDO was dominated by bots that beat every other would-be buyer and jacked prices up before dumping. The DeFi launchpads handle that by limiting buyers to a pre-approved whitelist with a strict per-buyer maximum. But to get whitelisted, buyers must own and hold the launchpad’s native token.

That doesn’t change the reality that hot IDOs tend to sell out in seconds. In April, OccamRazer, an IDO launchpad for the decentralized Cardano protocol showed off its chops by holding a hugely successful IDO of its own, selling 200,000 OCC tokens in just 20 seconds. Like many popular IDOs, it was massively oversubscribed, leaving the vast majority of the 150,000 would-be buyers out of luck.

While IDOs are largely being used by DeFi projects, nothing is stopping centralized crypto companies from taking advantage of their advantages in cost and time — the process is a lot less intensive, making IDOs perfect for small companies.

One non-DeFi company that’s going the IDO route is Estonia-based CoinsPaid, a business-to-business crypto payments solutions company that offers a number of products. Most notable is Cryptoprocessing by CoinsPaid, a white label-ready cryptocurrency payments gateway that accepts more than 30 coins and 20 fiat currencies, promising the best exchange rates. Its ecosystem also includes an institution-focused exchange and OTC desk, cryptoprocessing, and B-to-B and B-to-C hot wallets audited by Kaspersky Lab and 10Guards, and a cryptocurrency explorer.

Saying that security is a key in all of its offerings, Kaspersky-certified CoinsPaid noted that its business quintupled in 2020, giving it a 5% share of all global on-chain Bitcoin transactions.

A top global cryptoprocessing company, CoinsPaid was crowned Payment Provider of the Year at the AIBC Dubai show last month. Having secured its position in the payments niche, the fintech is in the process of expanding its services to include decentralized finance (DeFi).

On the actual DeFi side of things, CoinsPaid offers a 20% staking APY, a 10%-50% CPD bonus on yield when investing through the CoinsPaid dashboard, and a monthly token burn. The company is selling 16 million of its 800 million CPD. Token swaps are available for ether (ETH), tron (TRX), Binance smart chain tokens (BSC), solana (SOL), and polkadot (DOT).

Offering coming later this year include a CPD loyalty system and a media site in Q3, with a DeFi dashboard scheduled for Q1 2022.