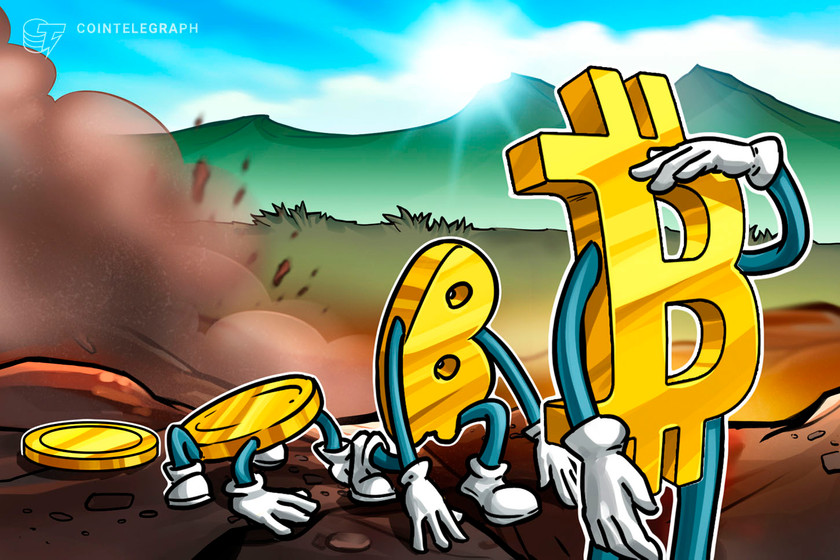 Michaël van de Poppe believes that upside is in store for BTC/USD in the coming days despite nervousness about Grayscale.

Bitcoin (BTC) closed beneath a key moving average for the eighth week in a row this weekend, but one analyst is betting on an imminent breakout.

Data from Cointelegraph Markets Pro and TradingView tracked Bitcoin as it reversed weekend gains on Monday after a disappointing weekly close.

The largest cryptocurrency had maintained its familiar trading range with $33,000 as support through Saturday and Sunday, but the new week dampened momentum.

For popular trader and analyst Rekt Capital, unless progress can be made, Bitcoin bulls may not have long to last before fresh losses hit.

“The blue 50-week EMA is still holding as support,” he summarized in a series of tweets.

“If this HL isn’t reclaimed as support soon, the sell-side pressure on the 50 WEMA may be too much for $BTC to hold here.”

Others were more upbeat. In his latest video update, fellow trader Michaël van de Poppe went as far as to call a BTC price breakout within days.

“I believe that Bitcoin is going to make a breakout to the upside,” he forecast.

“I would not be surprised if Bitcoin is going to trade around $38,000 during the days of this week.”

A look at buy and sell levels at major exchange Binance showed resistance forming at $35,000, with $30,000 remaining in place as overall support.

Altcoins lurk ahead of market decision

Van de Poppe added that this movement might be good for altcoins, which could start capitalizing on bullish sentiment. He had previously argued that altcoins would outperform the speed of Bitcoin’s gains in the coming months.

“I think the altcoins are close to a bottom too,” he said on Friday.

Most altcoins saw flat performance on the day, little changed over the past 24 hours.

With little by way of strong sentiment in either direction, as Cointelegraph reported, concerns remain that external factors may unduly influence price action across cryptocurrencies.

This comes in the form of the Grayscale unlocking series, which involves around 42,000 BTC over the month of July.