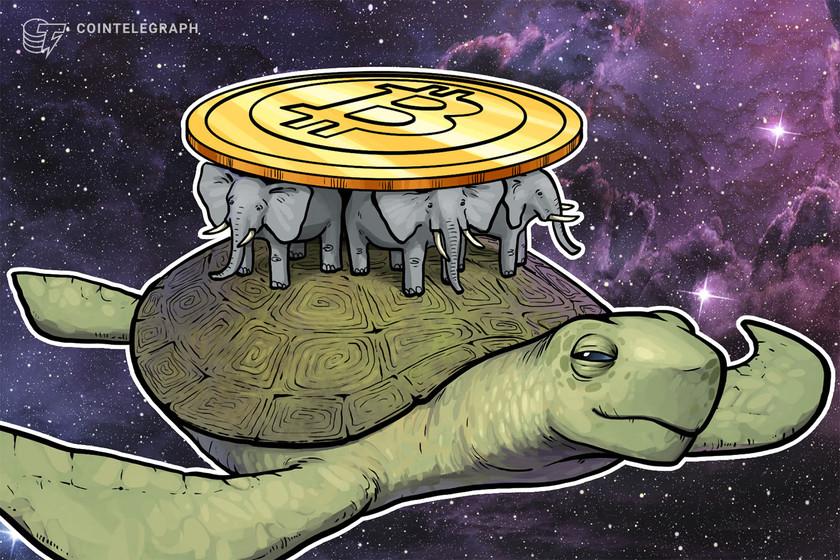 Weekly Bitcoin transactions and velocity hit record lows, leading one analyst to suggest that even with BTC stable at $33,000, further downside could ensue.

In the early hours of July 14, Bitcoin price took a surprise hit to $31,550 before slowly recovering back above $32,900 in the morning session.

The swift drop near the crucial $30,000 resistance raised alarms among bulls and bears and whilst the $30,000 to $32,000 level continues to function as a support level, a recent market update from ByteTree CEO James Bennett paints a mixed picture of what may be in store for BTC.

According to analysis from Bennett, the price of Bitcoin has stabilized near the $34,000 level due to a reduction in miner selling and an increase in accumulation, but he also warns that several metrics show that decreased activity on the network hint that BTC is still in a neutral zone where there is a reduced appetite from key players.

According to Bennett weekly Bitcoin transactions have been in a sharp downturn since April and now sit near 1.48 million transactions which is down from the Jan. 9 high at 2.57 million.

As a result of the current market downturn and drop in transactions, the total value transacted on the Bitcoin network has fallen to $23.6 billion, the lowest level seen since December 2020.

Bennett said that due to the decline in on-chain activity:

“It’s unlikely that Bitcoin will see its next price move up and it may even see a move to the downside.”

Bitcoin velocity hit an all-time low of 195% on July 11, a significant decline from its recent high of 593% on May 23. The velocity is “a non-price indicator and measures the vibrancy of the Bitcoin network” according to Bennett.

“In the second half of last year, July through to December, velocity was picking up and subsequently price followed. As velocity has fallen through the year, price has followed again.”

Miners at last show some signs of accumulation

One positive sign in the market is the recent uptick in miner accumulation. This figure had dropped in recent months due to China cracking down on mining operations to the extent that many have completely shut down and are in the process of relocating to other countries.

As the BTC inventory held by miners stabilized and began to tick upward, Bennett suggested that miners are once again accumulating and this can be interpreted as a signal that Bitcoin price could be in the process of stabilizing.

The Institutional Dominance Ratio, a measure that monitors the top fifth quintile of the Bitcoin heat map, also shows an increase beginning on July 12. This suggests that large Bitcoin holders have increased their activity in the past couple of days while the price of Bitcoin has held above $31,000.