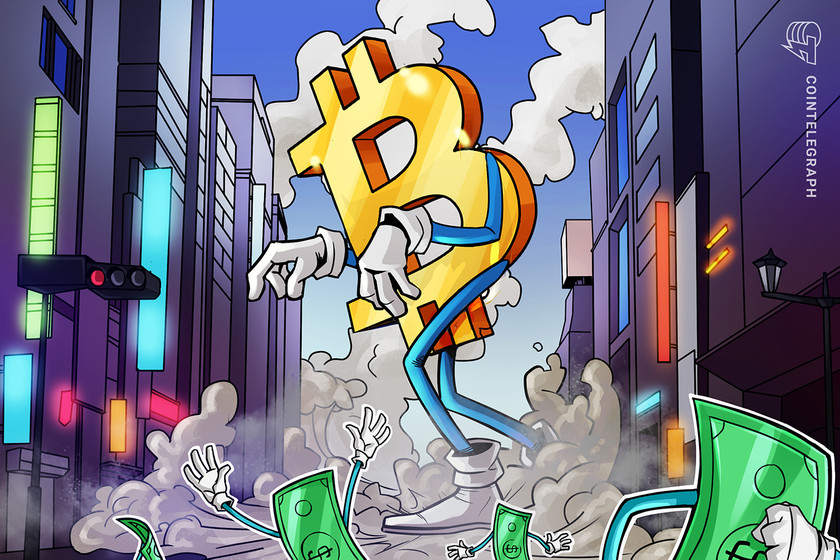 Buyer support and macro headwinds are in Bitcoin's favor as a giant sell wall is all that stops BTC/USD from reclaiming $50,000.

Data from Cointelegraph Markets Pro and TradingView showed BTC/USD hitting highs of $46,787 on Bitstamp Wednesday, a hair short of the previous day's peak.

Fresh from voting day on the U.S. infrastructure bill, something which ultimately failed to move the market, Bitcoin showed no signs of bearishness as it returned to the door of major resistance beginning at $47,000.

USD performance post bill on the day provided another potential catalyst for gains. A downtrend in dollar strength often goes hand-in-hand with a boon for cryptocurrency more broadly.

At the time of writing, the U.S. dollar currency index, which measures the dollar against a basket of 20 trading partner currencies, was reversing gains it had made before the vote, back below the 93 mark.

Previously, Cointelegraph quoted popular trader Crypto Ed, who eyed a local DXY top of 94 before a comedown gave room for Bitcoin and altcoins to surge.

A potential hindrance to further upside nonetheless remained in the form of the considerable sell wall at $47,000.

On the flip side, a continued buying trend by retail and institutional investors is ensuring that the Bitcoin supply has been tightening at levels from $29,000 and upwards.

Another theory suggests that Chinese whales, spooked by the May miner rout, are now reentering the market.