Dogecoin more popular than ever ... even as TXs hit lowest level since 2017 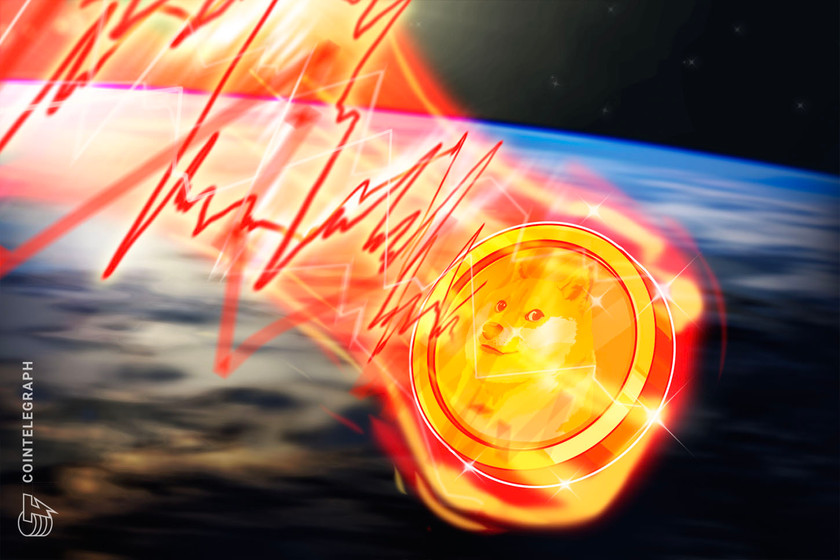 AMC CEO Adam Aron has stated that the cinema giant will look to support Dogecoin movie ticket payments by the end of 2021, and real estate tokenization platform RedSwan is accepting DOGE too.

The power of the Dogecoin meme is strong despite transaction levels of DOGE hitting the lowest they've been since 2017.

Multiple firms have made DOGE adoption plays this week including Robinhood which confirmed that it will roll out a new crypto wallet feature on its app next month supporting DOGE deposits and withdrawals.The memecoin’s co-creator Billy Markus (who no longer works on the project) stated via Twitter earlier today:

“Okay we are allowed to overreact now Robinhood wallets is huge news for Dogecoin - it opens up so many users to the real utility of cryptocurrency!”

On Sept. 22 commercial real estate tokenization platform RedSwan announced that it will accept Dogecoin for two digital real estate deals on its marketplace. The firm is offering fractionalized ownership in two high-rise apartment buildings worth a combined $384 million.

“[Dogecoin] is on the cusp of transitioning from a ‘meme coin’ to legitimate institutional and transactional use cases,” said RedSwan CRE chief executive officer, Ed Nwokedi.

The two digital real estate deals dubbed APLO and LHOK are taking minimum investments of $1,000 — roughly 4,447 DOGE at the time of writing — and are offering annualized targeted investor internal rate of returns of 26% and 19% respectively.

On the same day, AMC Entertainment CEO Adam Aron conducted a poll of 140,000 people via Twitter asking the community whether DOGE should be added to the firm’s plans to support crypto payments for tickets by the end of 2021. Out of the four options provided, “Yes, for sure do it” received 68.1% of the votes.

I never thought I would see this day. @ElonMusk liked my Dogecoin Twitter Poll tweet. If you happen to see this tweet too Mr. Musk, congratulations on Tesla and SpaceX. I have strived to be an innovator my entire career, but you sir are the epitome of innovation above all others. pic.twitter.com/rIW6OpOnYL

Following on from the overwhelming support for DOGE in the poll, Aron then stated that “It’s clear that you think AMC should accept Dogecoin. Now we need to figure out how to do that. Stay tuned!”

Former DOGE "CEO" Elon Musk chimed in to call for the DOGE fee structure to be lowered to support widespread adoption.

Despite the hype kicking into overdrive this week, DOGE transaction levels have dropped to lows that have not been seen since December 2017.

According to data from Bit Info Charts, the number of daily DOGE transactions have plunged to the 16,000 mark for the first time in four years. The figure provides a stark contrast to the DOGE-mania that swept the crypto market in April of this year resulting in peak 24-hour transaction levels of 140,000.

The lack of on-chain activity is reflected in the DOGE’s price and marketcap, with the price declining 69% since its all-time high of $0.73 in mid-May to sit at $0.22 at the time of writing.