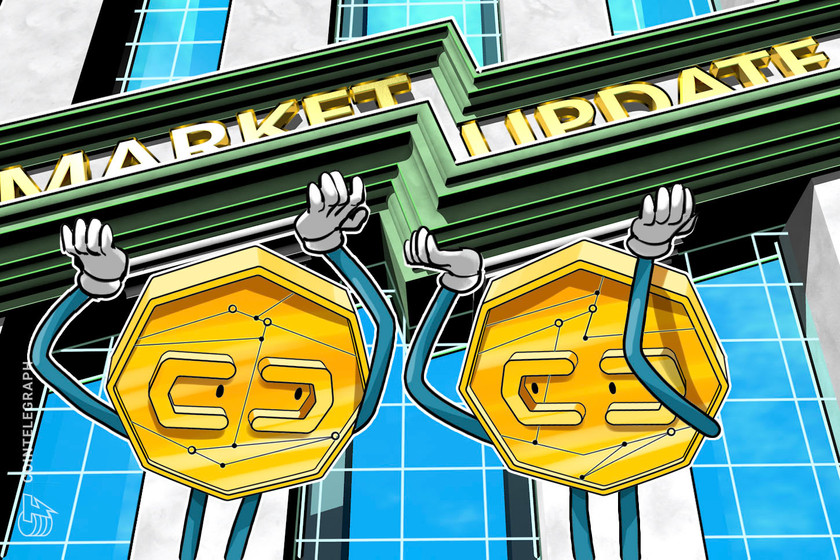 Bitcoin (BTC) simply refuses to die this week as a dip below $60,000 barely lasts an hour and bears are burned yet again.

After a fairly calm weekend, Sunday saw a typical drawdown before a dramatic resurgence took place for BTC/USD just an hour later.

With that, Bitcoin has preserved not only its bullish trajectory but has also sealed its highest weekly close ever — around $61,500.

As the market braces for a possible start of trading for the United States’ first Bitcoin exchange-traded funds (ETFs), volatility is all but guaranteed, say analysts.

Cointelegraph takes a look at five things to consider in the week that BTC/USD squares up to all-time highs and institutional access takes a historic leap forward.

Bitcoin gives less than an hour to “buy the dip”

Just when it seemed that the run to all-time highs had hit a stumbling block, Bitcoin surprised everyone yet again overnight.

After losing $60,000 late Sunday, bulls had no time for BTC price weakness, and before BTC/USD had even hit $59,000, they embarked on an aggressive buying spree.

The episode did not even impact Bitcoin’s weekly close, which despite volatility still came in as the highest of all time — around $61,500.

He added that the next phase of BTC price action will be “more volatile” than what has come before, in line with previous bull market years 2013 and 2017.

Monday could see the launch of the first-ever Bitcoin ETF products with the blessing of U.S. regulators, this coming as BTC/USD is less than $3,000 from new all-time highs.

On the topic of derivatives, funding rates across exchanges have also cooled since last week, providing relief for those concerned about unsustainable upside leading to a blow-off top.

ETFs are ‘go,’ but not for everyone

Love it or hate it by now, this week is all about the Bitcoin ETF.

After years of rejections, the Securities and Exchange Commission (SEC) is preparing to witness the launch of two ETF products both based on CME Group Bitcoin futures.

These precede a lengthy decision-making process which begins next month concerning physical Bitcoin ETFs — those with actual BTC as their underlying asset and which form the topic of real interest for analysts.

There is no guarantee that those traditional ETFs will get approved, and concerns already abound that the market may end up disappointed once more.

With multiple applications to be decided on, however, there remains six months for a breakthrough from the SEC.

Optimism that the tide will turn in the crypto industry’s favor continues this week, as Grayscale confirms that it will apply to convert its flagship Bitcoin fund product to an ETF.

Grayscale’s fund, the Grayscale Bitcoin Trust (GBTC), has been a talking point in itself in recent weeks, trading at an increasing discount to spot BTC amid fears that institutional clients are voting with their feet in the run-up to the ETF launch.

The former’s higher fees is one example of the competitive advantage debate, while some have noted that futures-based ETFs will not function as a suitable alternative by definition.

This chart shows why you’re better off buying #Bitcoin than Bitcoin Future ETF. For investors, new Bitcoin ETFs might be more costly than purchasing cryptocurrency directly. Bitcoin Future has underperformed by 30ppts since start of Bitcoin Future in 2017. https://t.co/1ZnVBJQlGa pic.twitter.com/oXrZ95Wsmg

“To begin with, most institutional players have direct access to CME futures. Typically, the main reason they would choose to trade ETFs instead of futures would be to avoid tracking error (against spot price) from futures roll costs or price deviations from to contango or backwardation,” crypto trading firm QCP Capital added in a circular to Telegram channel subscribers Friday.

“As such, having the ETF based on CME futures defeats the fundamental advantage of ETFs; to track spot price as closely as possible.”

Bitcoin network fundamentals continue to impress this week, and difficulty is leading the pack.

What is arguably Bitcoin’s most essential feature is going from strength to strength, and on Tuesday is set to seal a seventh consecutive increase. The last time that occurred was in 2019.

That increase will take difficulty back above 20 trillion for the first time since June.

This comes despite some volatility in hash rate, with estimates now back down to 123 exahashes per second (EH/s), having reached in excess of 140 EH/s this month.

With the overall uptrend still intact, however, concerns are few and far between amid news that the U.S. now provides a home for the lion’s share of Bitcoin mining power.

While Bitcoin price forecasts focus on what might be possible in Q4 this year, some are already looking further afield — and using data to arrive at even more bullish conclusions.

One analyst painting a rosy picture for 2022 is Willy Woo, creator of data resource Woobull and well known for his Bitcoin market cycle research.

Over the weekend, Woo highlighted Bitcoin’s increasing scarcity as likely fuel for a sustained price squeeze.

Historically, he noted, decreasing supply combined with more of that supply staying in the hands of hodlers with no plans to sell creates a powerful bull signal.

“The technical name for this chart is ‘2022 is gonna be a good year,’” he summarized to Twitter followers.

As Cointelegraph reported, long-term holders already control a near record proportion of the BTC supply, leading to expectations that the fight over the remaining coins will be more heated than ever.

This should be assisted when a physical ETF is approved, something which could happen as soon as November and continue for several months.

The BTC balance across major exchanges tracked by CryptoQuant, meanwhile, has settled at just under 2.4 million BTC after a precipitous fall in September.

The next Bitcoin bear market will come

With so much excitement about the possible Bitcoin price top this year and just how high it could be, some analysts are already turning their attention to the flipside — the bear market.

Historically, nothing goes up in a straight line, and Bitcoin is no exception. Each halving cycle has seen a price peak the year after the block subsidy halving, followed by a mid-cycle price bottom.

This cycle, several well-known market participants claim, will be no different.

For popular Twitter analyst TechDev, this floor should nonetheless be an order of magnitude higher than the last — as much as $60,000 — but the process should already begin before 2021 is over.

“I want a lengthened cycle. Who doesn't? But nothing I've seen macro PA-wise suggests it will happen,” he warned followers at the weekend.

“Watch your indicators. 2-week RSI channel, RVI 92-93. If they're hit, I'm out. Ignore them in hopes of a new paradigm and you're likely to get dumped on by those who don't.”

Out of several accompanying charts, one neatly showed how Bitcoin’s relative strength index on two-week timeframes neatly captured each peak.

Fellow Twitter personality Rekt Capital likewise took the opportunity to remind followers and subscribers of the need to time profit-taking.

“People think BTC will never see another -80% Bear Market because it is now mainstream & too mature of an asset,” he argued.

“Let’s not forget there was a -53% correction just months ago. Average Bear Market is -84.5% deep. It’s very likely one will occur after this Bull Market.”

The weekend nonetheless produced an optimistic forecast for the bear market, with Dan Morehead,  chief executive at Pantera Capital, claiming the trough would be "shallower" than the others.

As Cointelegraph reported, other measures are eyeing the good times to continue into 2022, even for Bitcoin. Earlier this month, PlanB, creator of the stock-to-flow-based Bitcoin price forecasting models, proclaimed that the bull run has at least six months left to run.