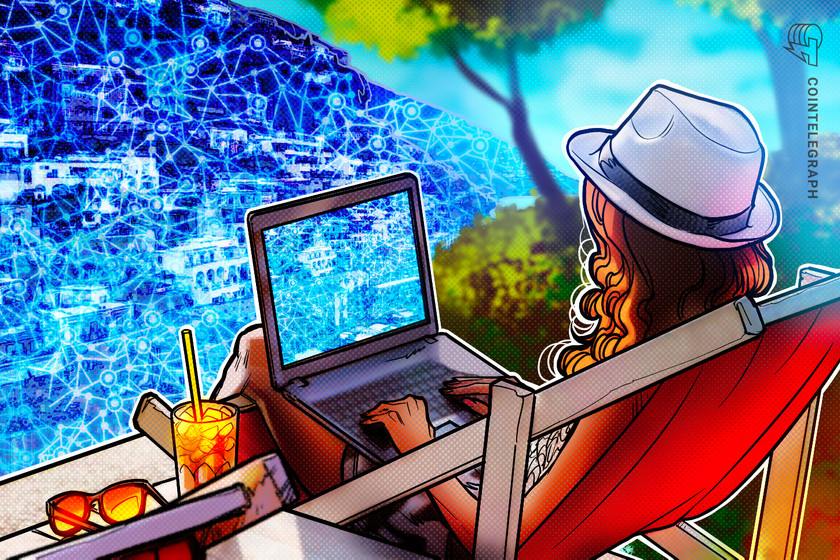 Those who studied history well might remember the city-states of medieval Europe. Back then, caravans of merchants traveled from one city-state to another, bringing luxury goods and news from far-away places. It was this lifestyle that enabled these merchants with freedom of mobility and choice. It is a very similar concept to the one described by Michael Ondaatje in his book The English Patient. The author envisioned complete freedom, without borders or nationalities limiting people in their strive for development and progress.

Today, broader access to the financial markets through decentralized finance marks the beginning of the open world. DeFi has been highly positive from the standpoint of wealth accumulation and cheaper financing, giving new meaning to the concept of “finance for everyone.” By removing intermediaries via the use of blockchain technology, DeFi widens the scope of financial transactions while significantly lowering their costs. It is evident that DeFi is the future of finance and other industries. The only question remaining is: How fast will we get there?

DeFi wrapped in a year

It’s quite fascinating how, in only ten years, we’ve departed with the concept of Bitcoin (BTC) as a digital currency (and personal bank in a traditional sense) and arrived at Wrapped BTC, farming, and all the other crypto alchemy.

Essentially, there are several types of applications for DeFi, reflecting the depth of its integration and range of its uses. Decentralized exchanges (DEXs) represent a large category of DeFi operations, offering an authority-free trade of cryptocurrencies. Stablecoins are pegged to external assets, such as fiat currencies and precious metals. Lending platforms and prediction markets are also prevalent in the sector.

Related: What’s shaping the future of the institutional crypto market?

Entire cities now embrace the new paradigm and prepare to welcome crypto-savvy citizens. Seoul, for example, developed a strategy to become a global leader in blockchain technology in 2019. Its then mayor, Park Won-soon, introduced the Promotion Plan for Blockchain City Seoul, which would become the basis for the Fourth Industrial Revolution. Even prior to the presentation, several administrative services were already using blockchain technology in 2018. However, the new plan would expand the scope of technology by including direct democracy, online verification, mileage management through the issue of S-Coin, the Seoul Citizen card, and many others.

The proposed crypto city in Nevada represents another case. It is an experiment conducted by Jeffrey Berns, the cryptocurrency millionaire who purchased land in the state of Nevada and decided to lay the groundwork to build a city based entirely on blockchain. The initiative was met with opposition from the local government, which has become one of the main obstacles on the path of the creation of the new city. The decentralization element was scaring politicians because of the potential for them to lose control. However, the recent congressional hearing on Web3 brings hopes for reaching common ground regarding this topic.

Notably, Dubai launched its Dubai Blockchain Strategy initiative, becoming a significant part of the United Arab Emirates’ Blockchain Strategy 2021, which seeks to migrate at least 50 percent of government transactions onto the blockchain. The government saw an economic opportunity for positive transformation in its innovative approaches. Currently, Dubai attracts blockchain evangelists and digital nomads from all over the world.

It has become evident that governments’ failure to realize the potential of DeFi and blockchain could risk causing an economic lag in their respective countries. The launch of the central bank digital currency (CBDC) has become the primary sign suggesting governments’ movement towards the implementation of blockchain-based technology.

The Atlantic Council has developed a tool tracking all countries in terms of their various CBDC projects’ stages. Note that Ukraine, China, Sweden, South Africa, Malaysia, Singapore, Thailand, South Korea, Saudi Arabia, the United Arab Emirates and several others have already launched the pilot versions of their CBDCs. At the same time, Nigeria, the Bahamas, and Eastern Caribbean countries have launched their CBDCs as working projects.

Some see the governments not only as ruling institutions but also as acting service providers. Global economic freedom, fueled by DeFi, would allow the selection of governments offering the best services in terms of their quality, speed and efficiency. This especially concerns the taxation of crypto assets.

In crypto, your keys means you own your money. You are your own bank. So, being responsible for your money indeed provides the freedom to spend it as you want, capitalize it as you choose, and interact on whatever platform or blockchain you desire. To quote Michael Ondaatje:

“We are the real countries, not the boundaries drawn on maps with the names of powerful men.”

Nationality doesn’t mean a location, but a belonging to a certain group. One day, an entire group might move to its own metaverse. Since the competition for qualified professionals could become more fierce in a visa-free regime, entire cities and countries might come up with peculiar strategies to attract digital nomads. But would they ever settle down, having this freedom?

Katia Shabanova is founder of Forward PR Studio, bringing 20+ years of experience in implementing programs for IT companies ranging from Fortune 1000 corporations and venture funds to pre-IPO startups. She holds BA in English philology and German studies from Santa Clara University in California and earned a Masters in philology from the University of Göttingen in Germany. She’s been published in Benzinga, Investing, iTWire, Hackernoon, Macwelt, Embedded Computing Design, CRN, CIO, Security Magazine and others.