Home » cointelegraph » crypto » crypto news » Only 10 hours to the Ethereum Merge: Here's what you need to know

Only 10 hours to the Ethereum Merge: Here's what you need to know 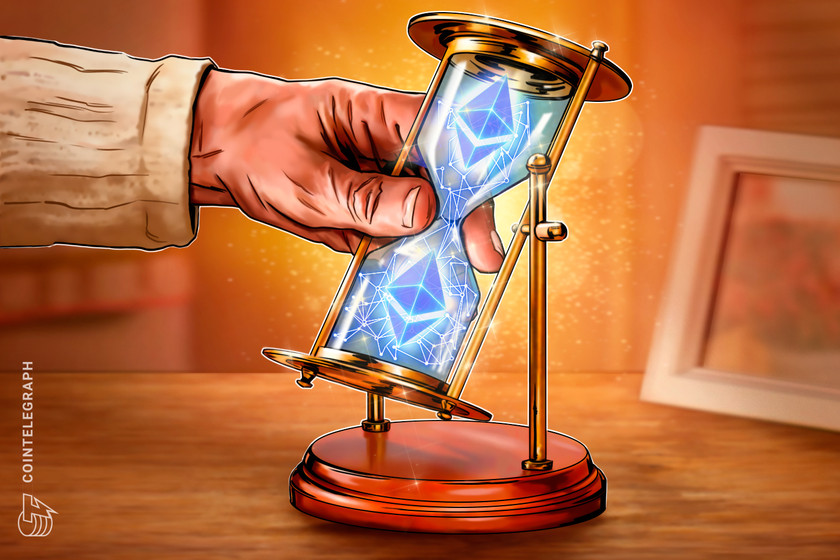 The Ethereum blockchain is set to bid farewell to proof-of-work, and welcome proof-of-stake as the mainnet merges with the Beacon Chain.

Ethereum's long-awaited transition from proof-of-work (PoW) to proof-of-stake (PoS) is upon us as the Merge looms in less than 10 hours. There's plenty to consider for the wider cryptocurrency space — and here's what you need to know.

What is the Merge?

The Ethereum blockchain will transition away from its energy-intensive consensus mechanism PoW as its execution layer merges with the new PoS consensus layer known as the Beacon Chain.

The Beacon Chain went live in December 2020, allowing ecosystem participants to deposit or "stake" ETH to become the new validators of the network, in doing so replacing PoW miners that had previously put in the work to process transactions, produce blocks and secure the network.

In its simplest form, the Merge will make the Ethereum network use 99% less energy and provide greater scalability, security and sustainability.

Ethereum’s mainnet (PoW) and the Beacon Chain (PoS) have been running concurrently and will finally merge — hence the name — ushering in a new era for the smart contract blockchain network. The entire transaction history of Ethereum will be carried across as the new consensus mechanism takes control of the network.

Who maintains the network after the Merge?

As explained, users that are able to stake a total of 32 ETH are eligible to become individual validators of the Ethereum Beacon Chain. Validators are assigned to produce blocks at random and validate transactions and blocks created by other validators in the network.

Users can also take part in pooled or centralized staking pools by staking smaller amounts of ETH, which promises a share of rewards for validating and maintaining the network. There are multiple staking options to consider for those interested in playing a part in the network's new consensus mechanism.

A recent report from blockchain analytics platform Nansen shows that just over 11% of the total circulating ETH is staked, with 65% liquid and 35% illiquid. There are a total of 426,000 validators and some 80,000 depositors, while a small group of entities commands a significant portion of staked ETH.

Could there be forks of the Ethereum blockchain?

As Cointelegraph previously reported the Merge will see ETH, the native currency of the Ethereum ecosystem, remain once the mainnet joins the Beacon Chain. It is worth noting that some PoW miners that previously mined blocks and maintained the execution layer have indicated that they will continue to do so.

The PoS-powered Ethereum blockchain will continue to use ETH after the Merge, while another hypothetical PoW Ethereum network, dubbed ETHPOW, could fork away with the creation of an ETHW token.

This is something that is being considered by financial service providers that offer exchange-traded products (ETPs) that are tied to the underlying asset of any given blockchain. If there is demand from investors for exposure to a forked PoW chain, then some firms may consider doing that.

Any existing ETPs or funds that have exposure to ETH need not do anything, as ETH will continue to exist as the Beacon Chain implements PoS consensus.

Do I need to do anything?

The average Ethereum user and ETH holder need not worry about losing their funds or making any changes to preferred wallets before the Merge. As the entire history of the Ethereum blockchain is carried across in the transition — all funds in wallets are still accessible and safe.

Most importantly — be wary of scams. Cointelegraph has compiled a list of the three most prominent ways malicious actors are trying to prey on the Merge event. Fraudulent staking pools, upgrade scams, and fake airdrops are being touted. You do not need to upgrade your wallet or send your ETH to receive new tokens.