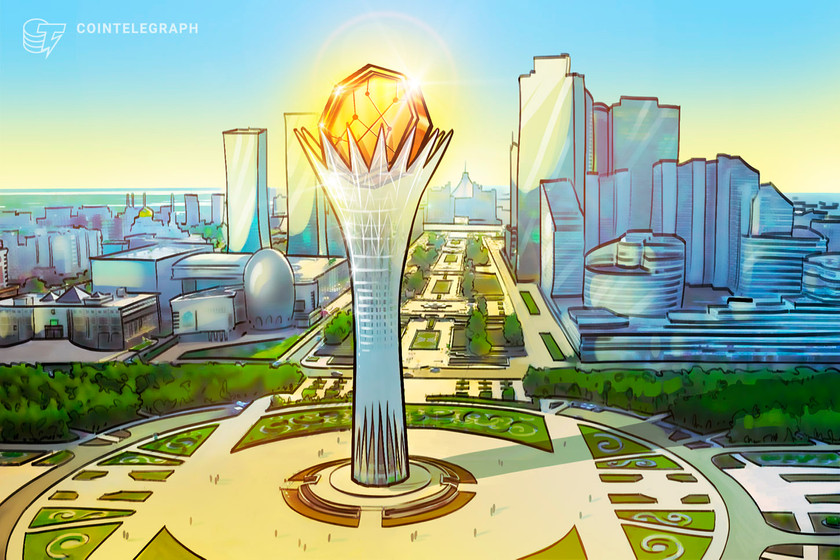 Kazakhstan’s central bank recommended making the in-house CBDC available as early as 2023 with a phased expansion of functionality and introduction into commercial operation until the end of 2025.

Kazakhstan, the world’s third-largest Bitcoin (BTC) mining hub after the United States and China, found feasibility in launching its in-house central bank digital currency (CBDC), a digital tenge. The National Bank of Kazakhstan (NBK) revealed the finding following the completion of the second phase of testing.

In late October, Binance CEO Changpeng' CZ' Zhao announced that Kazakhstan's CBDC would be integrated with BNB Chain, a blockchain built by the crypto exchange. The country's primary motivation for conducting studies on CBDC was to test its potential to improve financial inclusion, promote competition and innovation in the payments industry and increase the nation's global competitiveness.

The pilot research focused on offline payments and programmability recommended the inclusion of market participants and infrastructure players for different scenarios and proposed clarifying language to be used by the country’s regulators. The latest research paper cemented Kazakhstan’s intent to roll out the digital tenge. A rough translation of the report reads:

“Taking into account the need for technological improvements, infrastructure preparation, development of an operating model and a regulatory framework, it is recommended to ensure a phased implementation over three years.”

Kazakhstan’s central bank recommended making the in-house CBDC available as early as 2023 with a phased expansion of functionality and introduction into commercial operation until the end of 2025.

As many Russians crossed the border into the neighboring borders amid war-related uncertainties, Kazakhstan announced to legalize a mechanism for converting cryptocurrencies to cash.

“We are ready to go further. If this financial instrument shows its further relevance and security, it will certainly receive full legal recognition,” said President Kassym-Jomart Tokayev while speaking at the international forum Digital Bridge 2022.

As Cointelegraph reported, the neighboring country of Georgia has also been moving to introduce new crypto regulations to become a global crypto hub.