Bitcoin price blasts by $17.5K, but not all agree rally is sustainable 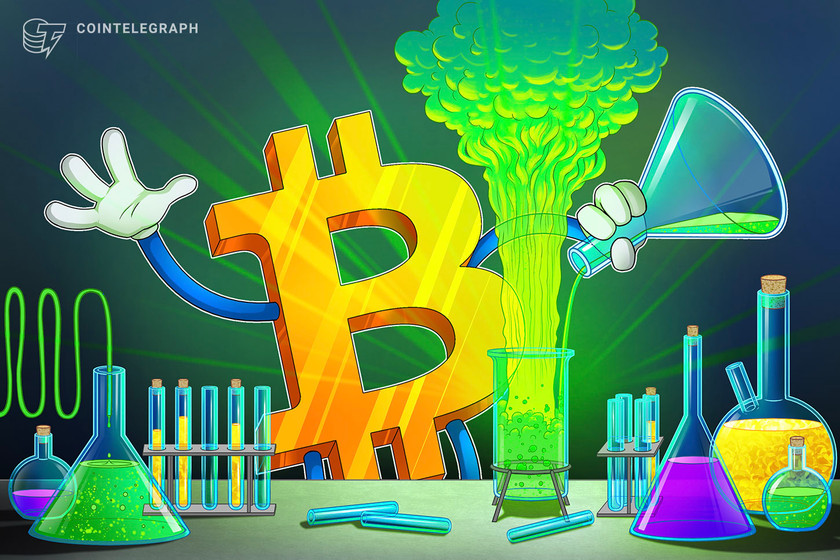 Analysts explain where Bitcoin is headed next after it breaks $17,500 and continues to see an explosive uptrend.

The price of Bitcoin (BTC) exceeded $17,400 in a strong intraday rally. On Coinbase, BTC even came close to the $17,700 mark, setting a new two-year high. As BTC glides through the multiyear resistance above $17,000, analysts are divided on its short-term outlook. Some say that BTC is primed for a pullback as whale deposits begin increasing. Others believe there is little resistance until $20,000 and that an all-time high is likely before the next deep correction.

The momentum of Bitcoin in the past month has been particularly impressive due to two key reasons. First, during previous bull cycles, as long-time trader Peter Brandt explained, BTC saw up to nine corrections. But in the ongoing rally, BTC has seen merely two 10% corrections. Second, Bitcoin has consistently recovered from areas where corrections were expected, such as on Nov. 16 when it hit $14,774 on Binance.

However, calls for a pullback are also increasing as the market sentiment around Bitcoin heats up. Speaking to Cointelegraph, Ki Young Ju, CEO of crypto data provider CryptoQuant, said that the Exchange Whale Ratio indicates whale deposits into exchanges are rising. In the near term, this could apply selling pressure to BTC. Traders also say that the current highs of BTC near $20,000 may be front-run, leading to a correction before the level is hit.

When Bitcoin whales deposit BTC into exchanges, the trend typically shows an intent to sell from high-net-worth investors. According to CryptoQuant’s Tokens Transferred metric and Exchange Whale Ratio, deposits from both whales and general investors are starting to increase. This signifies that more investors are moving to exchanges to take profit on their BTC holdings. Ki said:

“Tokens Transferred (not entity-adjusted) on the Bitcoin network is increasing, indicating that whale wallets are moving their funds. And Fund Flow Ratio for all exchanges is decreasing, meaning that exchanges did not evoke these large transactions. [...] I think massive OTC deals are still on-going. That's one of the key reasons why I'm still long-term long on Bitcoin.”

The Exchange Whale Ratio is also hovering at a level that has historically led to a large price drop. Ki said that over the past few days, the ratio has been hovering above 85%, which puts Bitcoin in a risky position for a potential correction. Since there is virtually no resistance between $18,000 and the $20,000 peak, it would be reasonable to expect whales to take profit at around $17,000.

Whales seek liquidity for both buy and sell orders because they deal with larger volumes. Selling when the price of BTC is going up is ideal for whales, as it limits the potential downside volatility. Hence, there is a strong probability that whales will look to sell between $17,000 and $18,000 as the last stop before seeing a new all-time high. As Ki added:

“Looking at 'Exchange Whale Ratio (72h MA)', the BTC price is likely to face small corrections. [...] When this is lower than 85%, the chances of the price continuing to rise is high. Between 85% and 90% indicates a correction, and above 90% suggests that a large drop in price can occur. We have some correction risk as this value goes above 85% lately.”

Some pseudonymous traders have also predicted that BTC will see a short-term top before it reaches a new record high. In the medium term, even if the momentum of BTC is strong, a trader known as “SalsaTekila” said a retest of a lower BTC support is expected. He pinpointed $12,000 as the potential area where the next deep correction could lead to. Considering the historical cycles of Bitcoin, the trader also said that a six-month correction would not be unusual.

A continuous bull rally until the year’s end

Atop the favorable technical structure of Bitcoin, the noticeable spike in daily volume in the cryptocurrency market buoys the bull's case. On Nov. 17, Binance CEO Changpeng Zhao said the exchange saw an all-time high system load, which indicates that the demand for cryptocurrency trading is surging.

Arcane Research similarly found that Bitcoin spot volume has increased by 270% in the past month. The clear increase in the volume of the cryptocurrency market in general shows that genuine demand is behind the ongoing bull run. The Arcane Research weekly report reads:

“The daily volume on Thursday last week was the highest since the brutal crash in March, and the volume has stayed high over the past few days as well. This made the 7-day average go up to new highs this week. The bitcoin volume is up more than 270% over the past month.”

Yet despite all of the abovementioned positive factors, the mainstream is not involved in the ongoing rally. Google Trends shows that the popularity of the keyword “Bitcoin” is merely 16% of what it was during the 2017 peak. A recent Bloomberg report calls the recent uptrend a rally that "no one's talking about." These trends show that Bitcoin has significant room to grow until the year’s end.

But Matt Maley, an investor at Miller Tabak + Co. who recognizes the high institutional demand around Bitcoin, said whether individuals will return remains uncertain, as those who “got burned badly” in 2017 are likely “less excited” about BTC now. The way this would change is if Bitcoin breaks above its record-high at $20,000 and the FOMO — fear of missing out — around BTC returns. Hence, there is a high probability that if BTC hits a new all-time high, a broader rally could emerge.