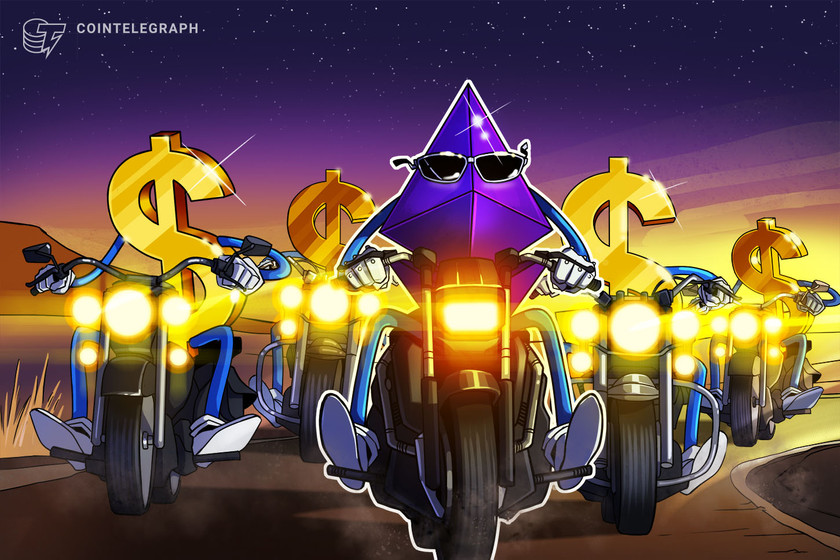 Ether (ETH) returned to $500 for the first time in more than two years on Nov. 20 as altcoins slowly staged a comeback from poor performance.

Despite being capped at roughly 6% daily gains at press time, Ether’s achievement delighted traders, who noted that overall in 2020, the largest altcoin has outperformed even Bitcoin (BTC).

Versus the pit of its price lows in mid March, just after the coronavirus-induced cross-asset crash, Bitcoin was still the strongest player. At the time, ETH/USD traded at just $117, making Friday’s levels an increase of 327%, while BTC/USD gained 411% from $3,600 to $18,420.

Alongside the $500 visit — Ether’s first since June 2018 — other major altcoins also showed signs of life, notably Litecoin (LTC), which with 12% gains outperformed Bitcoin on the day, and is the only major altcoin to outperform BTC in the past month — by 7%.

Earlier, Cointelegraph Markets analyst Michaël van de Poppe argued that a new “altseason” would need to wait, but that a realistic top for Ether’s next bull run could be as high as $20,000.

In an interview with Van de Poppe for Cointelegraph, meanwhile, Nugget’s News CEO Alex Saunders forecast ETH/USD beating its current all-time highs of $1,400 by the end of 2021.

Bitcoin meanwhile firmly held the majority of attention on Friday, reclaiming $18,000 and continuing to hit resistance at its previous top of $18,420 from earlier in the week.

Anticipation of further gains remains strong, with 2017 highs of $20,000 forming the only major resistance level higher up the chart.