Michael Derbin, head of Fidelity Institutional, says that while some wealth managers are by now “sophisticated” and “comfortable” with crypto, many others are still playing catch up.

Michael Derbin, head of Fidelity Institutional, thinks that many wealth managers and financial advisors still lack the requisite in-depth knowledge when it comes to digital assets.

Whereas some wealth managers are by now “sophisticated” and “comfortable” with cryptocurrencies and their underlying technology, he said, many others lag behind. In an interview at Reuters Digital Asset Week, Derbin noted:

Fidelity Institutional is a division of Fidelity Investments, whose $9.8 trillion in client assets (as of the end of 2020) make it one of the world's top investment managers. It has also been one of the first to take cryptocurrencies seriously, launching a subsidiary focused on the new asset class back in fall 2018.

While the knowledge gap remains among financial managers, Derbin stressed that demand for digital assets among larger investors has increased. Tesla and Bank of New York Mellon are just two of the latest household names to venture into the crypto space, during the course of a historic bull season for Bitcoin (BTC). Over the past year, the top cryptocurrency has soared in value by over seven-fold and was trading as high as $61,200 earlier this month.

Back in October 2020, Fidelity Digital Assets published a report forecasting that heightened institutional interest could expand Bitcoin’s market capitalization by hundreds of billions of dollars in the near future, and argued that portfolio managers could significantly increase their returns by allocating a portion of their holdings to Bitcoin.

Two Bitcoin experts speak about their experiences building Bitcoin related companies. Watch This Episode on YouTube Watch/Listen To This ... 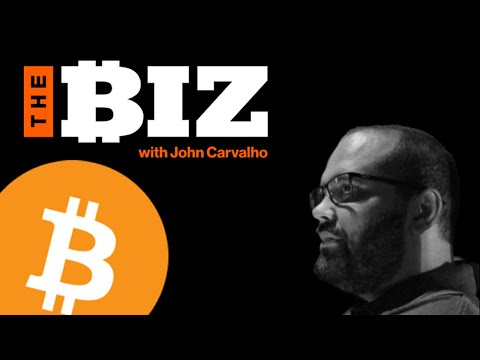