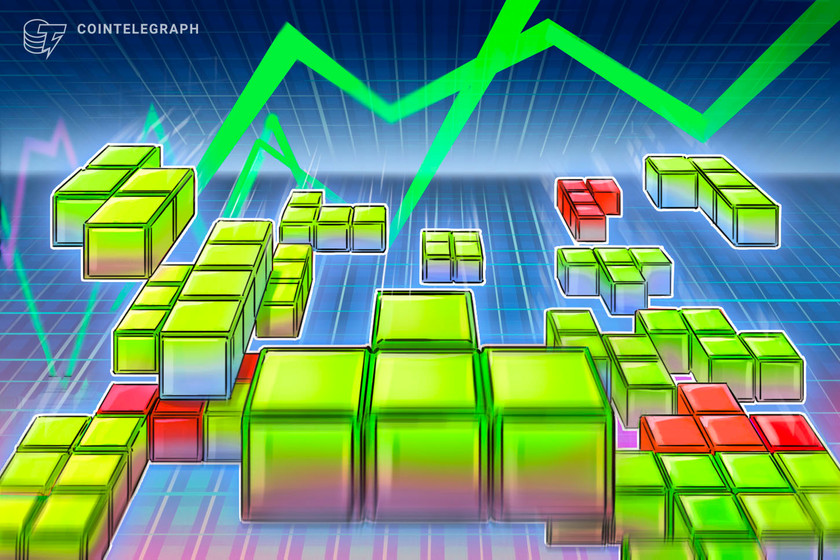 New partnerships and mainnet launches send select altcoins to new highs as Bitcoin bulls set BTC price back on the path to $50,000.

Bitcoin (BTC) bulls appear to have found their momentum as BTC price reclaimed the $49,000 level within the last hour.

On March 2 the price dropped as low as $47,000 but currently, BTC is trading above the 20-day moving average. Bulls are likely to make another attempt at flipping the $50,000 resistance to support and a sustained high volume spike could send the price to $52,000 where a daily close would confirm that bulls are back in the driver's seat.

Even though Bitcoin is struggling to secure a daily close above $50,000, a steady thread of favorable news continues to emerge.

Businessman and Shark Tank star Kevin O'Leary, who once called Bitcoin a “giant nothing burger,” revealed that 3% of his portfolio will be put into Bitcoin and in the future, O'Leary plans to invest in a sustainable mining operation.

The drive to secure a Bitcoin exchange-traded fund (ETF) is also back in the headlines, following the successful launch of the Purpose Bitcoin exchange-traded fund in Canada. Evolve Funds Group revealed that it is now looking to secure approval for an Ether ETF product in Canada after it became the second firm approved to list a Bitcoin ETF in February.

In the U.S., the Chicago Board Options Exchange (CBOE) is hoping that the ETF approvals in Canada will add momentum to its Jan. 3 filing to list the Van Eck Bitcoin ETF after all of its attempts made in 2017 were denied.

Several altcoin projects made big announcements that helped provide a boost to their token values.

Sony Europe revealed that it had joined the Theta (THETA) network's validator program. Following the announcement, the price of THETA increased by 15.31% to $3.70 while the network’s TFUEL gas token rallied to a new all-time high at $0.144.

Meanwhile, the launch of Aavegotchi’s (GHST) mainnet was accompanied by the platform’s first portal drop which involved 10,000 NFT-bearing portals selling out in under a minute. The successful launch and NFT sale was followed by GHST price rallying 15% to set a new all-time high at $1.79.