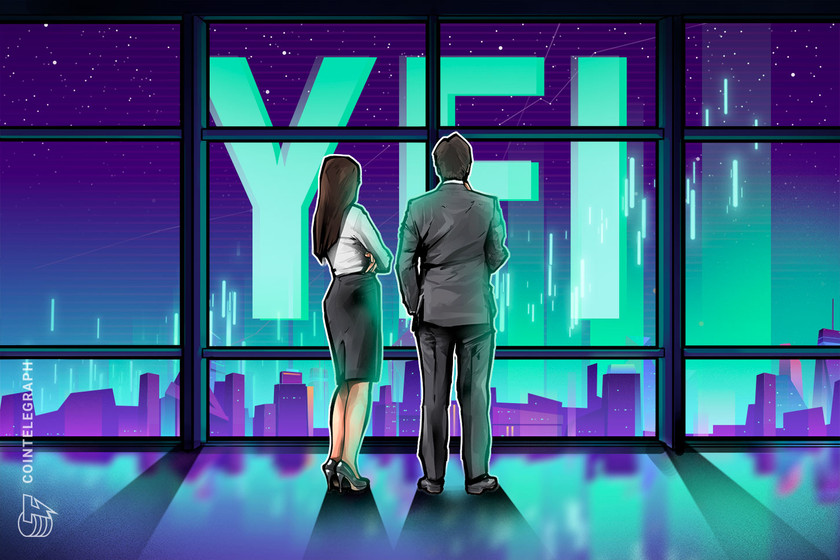 Fees from yVaults were the biggest contributors to Yearn’s revenue.

Decentralized finance yield aggregator Yearn has released its financial report for the first quarter revealing some impressive earnings for the period.

According to the Yearn Finance quarterly report, published on GitHub on April 27, the platform had earnings of $4.88 million for the quarter.

Declaring that these were earnings before interest, taxes, depreciation, and amortization, or EBITDA, Yearn Finance has made more in the first three months of 2021 than it did in its six operational months in 2020, which totaled $3.7 million.

Earnings for March alone totaled $3.16 million which alone was almost as much as its operational six months for the previous year. Not every month broke records, however, and in January and February this year, the DeFi protocol earned $528K and $1.19 million respectively.

The report stated that the yVault product line is the leading revenue generator and remains critical to Yearn’s core business. Vaults employ strategies to automate the best yield farming opportunities available by staking on other protocols. The version 2 vaults launched in January have increased top-line revenue for the period.

There were 36 new yVaults launched in the first quarter including five new v2 vaults. The y3CRV vault, which consists of three stablecoins — USDT, USDC, and DAI — was the most profitable generating $1.1 million in revenue for the quarter. A similar report from 2020 revealed that two-thirds of its revenue at the time came from the yUSD vault.

The yYFI vault saw a large increase in revenue for March as the protocol encouraged yield farmers to migrate to the v2 vault generating more income.

Previously, Yearn Finance earned its money from withdrawal fees with v1 vaults, some of which are still running, taking 0.5% when the collateral is withdrawn. The fee structure changed slightly when v2 vaults were launched, with the elimination of the withdrawal fee and the addition of a 2% management fee and a performance fee which can be as high as 20%. It claims the aim is for users to pay the most fees on the vaults that are performing the best.

The protocol launched yield farming with treasury assets in late February which also started to generate significant earnings. Yearn formed a committee to begin earning yields on idle assets held in its treasury with capital obtained from opening CDPs (collateralized debt positions) on other DeFi protocols such as MakerDAO.

“yVault revenue was the key driver of adjusted EBITDA [earnings], however, we anticipate Treasury yield farming to contribute an increasing amount of revenue in the future.”

At the time of writing, the total value locked on the protocol was a little over $3 billion according to DappRadar.