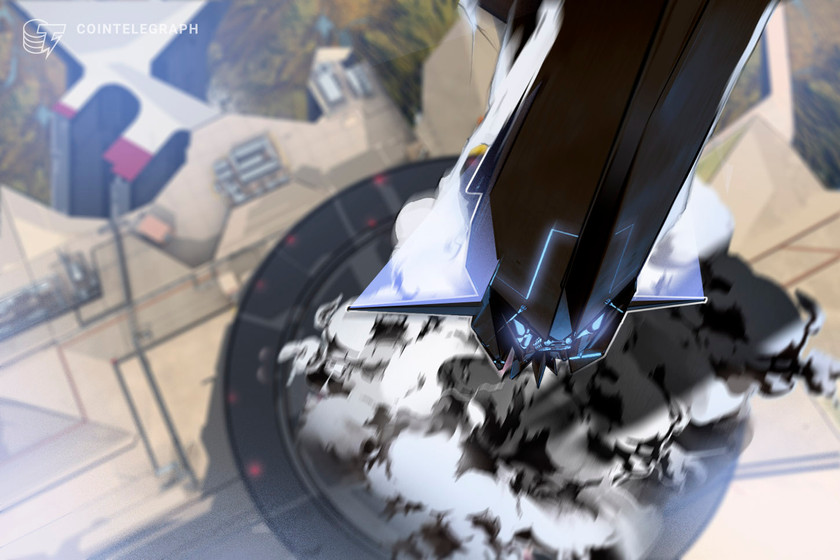 XDC price soared to a new all-time high shortly after a round of new partnerships, protocol integrations and exchange listings.

Enterprise adoption of blockchain technology is an important long-term goal of the cryptocurrency community because the integration of digital currencies with daily business activities will bring new users into the ecosystem and provide a boost to on-chain activity.

One protocol that has been gaining traction on the enterprise adoption front is XinFin Network (XDC), an enterprise-ready hybrid blockchain solution specifically designed to optimize international trade and finance.

Three reasons for the growing momentum behind XinFin are the addition of the XDC Network to the global TFD Initiative, the release of the decentralized email solution LedgerMail and a growing ecosystem of partners and listing exchanges.

Adoption by a global trade network

One of the most significant developments for the XDC network was its addition to the global Trade Finance Distribution (TFD) Initiative, a consortium of trade originators, credit insurers, and institutional funders on a mission to boost automation and transparency in asset trading and risk distribution.

According to André Casterman, the Chair of the Fintech Committee at International Trade and Forfaiting Association (ITFA), the addition of the XDC Network “enables the organization to bridge the $19 trillion trade finance asset class with any type of funder through tokenization and digital assets.”

The significance of this integration for XinFin cannot be overstated because it partners them with some of the biggest global financial institutions and leading service providers like AIG, Santander Asset Management, ING Bank, the International Chamber of Commerce, Standard Bank, Commonwealth Bank of Australia, Texel Group and Lloyds Bank.

The overall goal of the TFD Initiative is to create a more robust trade finance ecosystem by defining new technology-based market practices and transaction data specifications to help increase the accessibility and transparency of trade flows.

Another reason for XDC's surge came after the Aug. 4 release of LedgerMail, “the world’s first decentralized email solution,” which is powered by the XDC network.

According to the project’s Twitter feed, its mission is to provide the “highest level of security, privacy, encryption and prevention from email attacks in a decentralized way.”

Demand for the service got off to a hot start with the total number of signups surpassing 50,000 within the first week an new users also received 10 free XDC for signing up.

XDC adoption has also risen in recent weeks thanks in part to new partnerships for the network as well as several new exchange listings.

One of the bigger partnerships was its integration with Shopping.io, an e-commerce project that enables users to pay with cryptocurrencies for items on Amazon, eBay, Walmart and Etsy using. As an added perk, purchases made using XDC receive a 2% discount and users who also hold Shopping.io's native SPI token can receive an extra 12% off.

XinFin’s XDC Network is a leading hybrid blockchain protocol designed to support institutional use in asset tokenization and decentralized finance.

HAPI is a set of cross-chain smart contracts that are embedded into DeFi products and it allows them to reach a new security level.

Several recent exchange listings have also benefited XDC as increased access has led to increases in its 24-hour trading volume. These include its July 8 addition to SimpleSwap and a July 31 integration with Simplex.