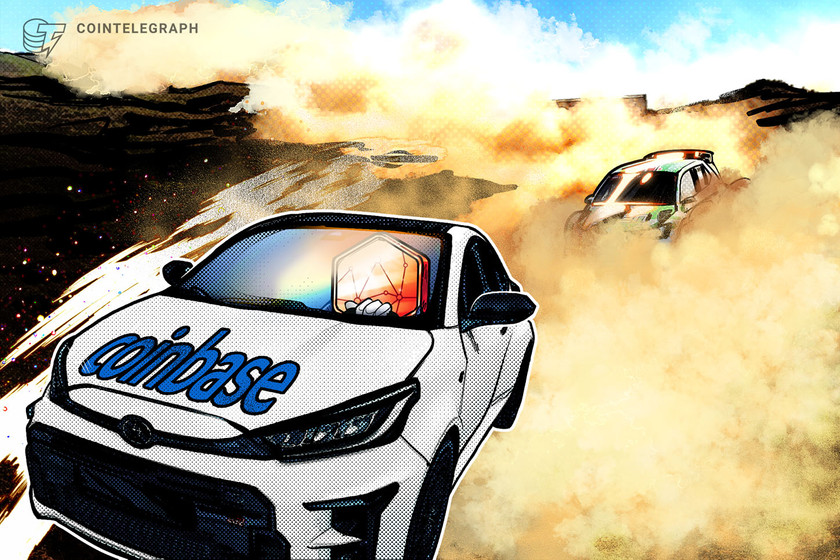 NFT market is growing at a phenomenal rate, but is there such a big demand for nonfungibles to draw even more people and businesses to join the industry?

Nonfungible tokens (NFTs) and the marketplaces they trade on have been the talk of the cryptoverse for a while now. Even amid the peak of the bull run, the hype for NFTs is not decreasing. It is arguable to say that the traction they are gaining is at an all-time high right now and continues to climb higher.

The NFT industry generated $10.67 billion in trading volumes during Q3 of this year, marking a 704% increase from Q2, according to a report by DappRadar. Out of this, blockchain networks Ethereum and Ronin accounted for 77.73% and 19.53% of the numbers, respectively.

On a year-over-year basis, the trading volumes of Q3 this year are up 38,060%, a number that is exceptionally high for the growth of an entire industry.

To capitalize on this growth, most of the major cryptocurrency exchanges have begun to delve into space with the promise of creating effective, cost-friendly marketplaces for these digital assets. FTX, the crypto exchange, launched an NFT marketplace for its customers based in the United States in September. Soon after, their marketplace was even expanded to include tokens from the Solana ecosystem.

Binance launched its NFT platform in June of this year to offer its customers access to the “booming NFT space.” These announcements were followed by a U.S.-based cryptocurrency exchange, Coinbase, that joined the space with its own NFT marketplace, which will be launched later this year. The marketplace will allow users to mint, purchase, explore and showcase Ethereum-based tokens. Creators will hold control of their artwork with decentralized contracts and metadata transparency, as all of the NFTs will be on-chain.

The response to this announcement was quite overwhelming. Coinbase opened a waitlist for the marketplace, which had over 1 million users registered on the first day. At the time of writing, the waitlist has grown to 2.43 million users, which highly dwarfs the monthly users of OpenSea, the largest marketplace by trading volume.

Cointelegraph spoke with Alex Salnikov, co-founder and head of product at Rarible, an NFT marketplace, about the involvement of these companies in NFTs, who said:

“Major companies are launching their own NFT platforms because they recognize that digital collectibles are quickly maturing into a new creative avenue that reaches a range of audiences they previously could not connect with before, especially now that NFTs become more mainstream appealing.”

He also mentioned that beyond the monetary benefits for creators and businesses in the NFT industry, the space could be seen as an opportunity to unlock creativity and expression in new and previously unseen ways. Even one of the top blockchain networks, Ripple, has announced a $250 million fund for NFT creators that focuses on accelerating NFT adoption in the crypto space.

Despite the current hype and the mainstream media attention, only a small fraction of the world population even knows about NFTs, and as these bigger firms get involved, they will be doing a service to the sub-sector by increasing their exposure and pushing towards mainstream adoption.

When such large firms delve into emerging markets like NFTs and collectibles, it's often a calculated risk. Pavel Bains, CEO of Bluzelle, a decentralized storage network for creators, told Cointelegraph: “Each of those big companies knows their customers well and the target market that's on the rise. For them, it's the smart thing to do and be ahead of the curve. If it's too early, it doesn't hurt their treasury much.”

The market could be fairly saturated

A closer look at the recorded metrics coming through this month about the NFT market further reveals an interesting insight. SuperRare, an Ethereum-based NFT marketplace, set a new monthly record of trading volumes of $35.88 million in October. However, the monthly active collectors are at 393 at the time of writing, which is less than 42% of the all-time high of monthly average collectors in March of this year.

This reflects that the market could be fairly saturated with the same investors holding a larger share of the pie. Another metric reflects a similar trend for whales in the NFT markets and platforms. Moonstream, an open-source blockchain analytics firm published a report on Oct. 21, which revealed that the top 16.71% of all addresses have ownership of nearly 81% of NFTs based on the Ethereum network in Q2 and Q3 this year.

However, Salnikov suggests this could be a good sign: “That seems to align with the 80-20 rule, also known as the Pareto Principle, and isn’t that much different from traditional markets where generally 80% of outcomes result from 20% of all causes. Given that the NFT market is still in the very early stages, this finding actually suggests that it’s becoming increasingly mature.” Bains pointed to this metric being a part of a larger phenomenon:

“Same could be said about BTC right now. The buyers are probably half the buyers that were there right before the Coinbase IPO. This is how crypto works. I don't think it changes the macro trend of crypto and NFTs.”

Although it is clear that Bitcoin (BTC) is a much more mature asset than NFTs, in comparison to the traditional financial market it’s still at a nascent stage. Sakinov opined that the industry has only begun to touch the surface of what NFTs can offer. Due to the evolution of digital collectibles, more platforms are becoming aware of the use cases in a bid to ensure demand for NFTs soars beyond their collectible nature.

Until recently, the most talked-about NFTs were unique collections like CryptoPunks or collections based on and endorsed by celebrities. Beyond the bragging rights of being used as jpeg avatars and their possible value in the secondary market in the future, however, they are highly limited in utility.

Going beyond offering users the ownership of crypto collectibles, the blockchain-based gaming protocols with a play-to-earn (P2E) model like Axie Infinity, CryptoBlades and Mobox are gaining traction. Despite its success, this model is facing some challenging questions from the traditional gaming community.

Leighton Emmons, co-founder of NFT project Blockchain Boys Club revealed to Cointelegraph his skeptical perspective on the P2E phenomenon, calling these games a fad: “One, online games are plentiful, anyone who plays online games goes through phases of obsession to complete neglect for a game — you get bored eventually and want a new experience.” He further added that “no one is going to build financial stability from the games considering the hours you'll need to put in. The concept feels a bit like a fun novelty.”

Emmons further believes that the P2E concept is in itself a bubble: “What happens when the NFTs are sold out and the players have earned all available funds (aka, their money)? Will ads and sponsorships be enough to then pay for operational costs in addition to in-game rewards?”

Related: Play-to-earn games are ushering in the next generation of platforms

With or without P2E gaming, the NFT industry is growing at a tremendous rate, luring all the major blockchain players to have a piece of the pie. Even Vitalik Buterin, the co-founder of Ethereum, touched upon NFTs in a recent podcast interview, where he spoke about how NFTs attract fresh users to the crypto sphere: “NFTs have been interesting from a cultural perspective because they bring people into Ethereum that have a completely different mindset than DeFi and regular crypto people, for example.”

As NFTs now grow rapidly on networks other than Ethereum, the adoption could continue to rise for the foreseeable future as larger industry players now begin to place their bets.