‘Unique phenomenon’: All 5B toncoins mined on PoS TON blockchain 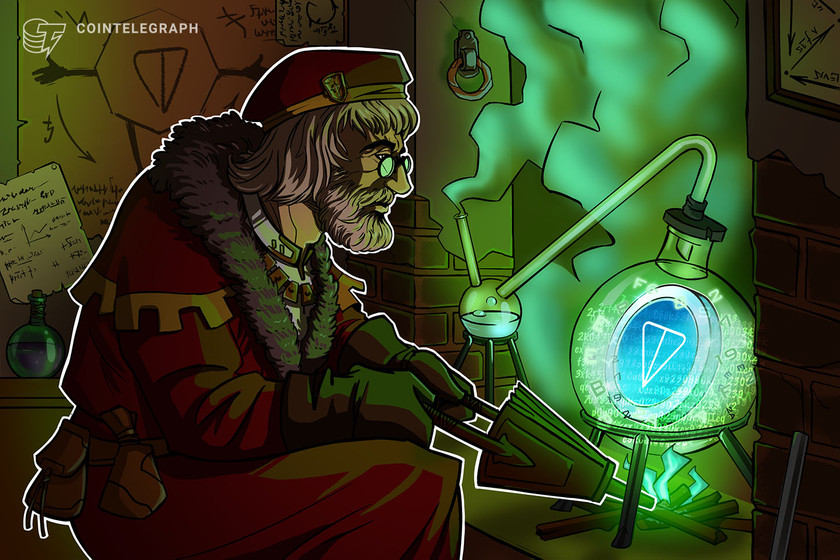 The TON blockchain has always been proof-of-stake, while the mining of toncoin began “spontaneously and randomly” in 2020, according to the TON Foundation.

The TON Foundation, an organization developing the Telegram-initiated blockchain project, the TON blockchain, on Tuesday officially announced that TON miners have mined the final toncoin.

"Tens of thousands of miners have mined the entire issuance of toncoins, which was about 5 billion tokens,” TON Foundation founding member and core developer Anatoly Makosov said in a statement to Cointelegraph. The last toncoin was mined on June 28, he noted.

The end of toncoin mining marks a major milestone in TON's distribution, starting its new era as an entirely PoS blockchain. From now on, new toncoins will only enter circulation via PoS validation, the TON Foundation said. That will result in a cut in the total influx of new toncoins into the network by around 75% to the existing limit of 200,000 tokens per day.

The TON price has immediately reacted to the news, surging 34% over the past 24 hours. The token is trading at $1.41, according to data from CoinGecko.

By definition, proof-of-stake, or PoS, is a consensus algorithm that operates depending on a validator’s stake in the network. The PoS algorithm is opposed to proof-of-work, or PoW, the original consensus algorithm of major cryptocurrencies like Bitcoin (BTC) and Ether (ETH), which is based on blocks validated through computing power provided by miners.

According to TON's whitepaper, its blockchain uses a PoS approach for generating new blocks. However, its unique infrastructure somehow allowed miners to generate toncoins using the PoW consensus as well, Makosov stated:

“The TON blockchain has always been proof-of-stake; the novelty is that even in a PoS blockchain it is possible to write a smart contract that can be mined according to PoW principles.”

“If you put the entire coin issuance of the blockchain on such a smart contract, you get a PoS blockchain, but with a distribution of coins in the form of mining. As far as we know no one has done this before,” the developer added.

According to Makosov, the current TON network was launched on Nov. 15, 2019, while the coin issuance was put on smart contracts that could be mined on July 7, 2020. The tokens were placed in special "giver" smart contracts, allowing anyone to participate in the mining. “Users mined around 200,000 TON daily,” an official post devoted to TON’s history of mining reads.

“Mining on the proof-of-stake TON blockchain was a unique phenomenon to behold,” the post notes, adding that mining on TON commenced “spontaneously and randomly” after the Telegram team agreed on a settlement with the United States Securities and Exchange Commission and was forced to terminate its involvement in TON.