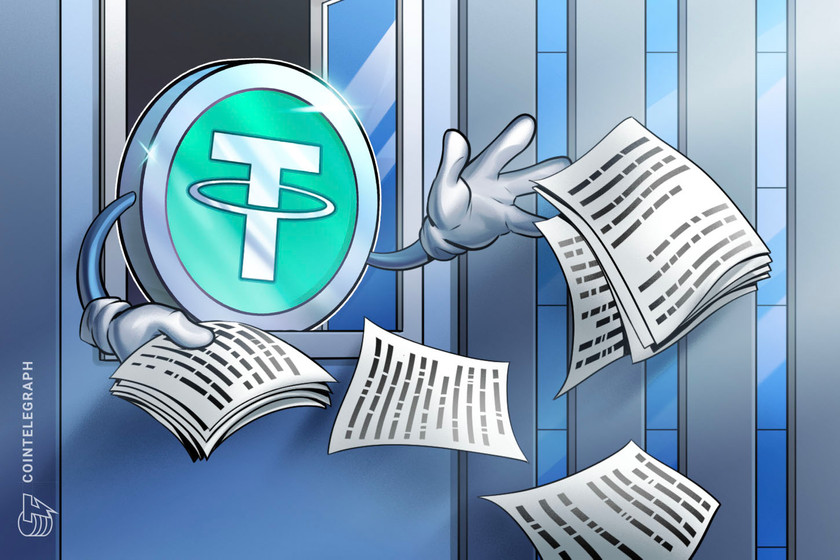 To attack Tether’s reserves [...] further highlights an agenda by the publication to single out Tether and hurt its reputation,” the USDT issuer said.

Tether Holdings Limited has clapped back at The Wall Street Journal over an article it claims spread “false information” about the stablecoin issuer’s profitability, solvency and accounting standards.

In a Monday article, the Journal claimed that Tether could be deemed “technically insolvent” if its assets fell just 0.3%. That conclusion was drawn from Tether’s reported assets and liabilities as of Thursday. One week prior, Tether published its latest attestation showing $67.7 billion of reported assets against $67.5 billion of liabilities.

The August attestation was conducted by BDO Italia, the Italian arm of international accounting firm BDO Global. As Cointelegraph reported, Tether hired BDO Italia to increase the legitimacy and transparency of its attestations. In the process, the stablecoin issuer upped the frequency of its reporting from quarterly to monthly.

“The article seeks to discredit the work that Tether has put into transparent and honest communication to the public,” Tether said in a Tuesday blog post. “BDO, a very reputable and independent Top 5 audit firm, is not a “Tether accounting firm,” as erroneously written by the WSJ.”

In the blog post, Tether refuted the Journal’s claims that its exposure to short-term U.S. Treasury bills is an unsafe strategy. Tether also clapped back at assumptions that its business is unprofitable:

“According to our Consolidated Reserves Report, Tether has never disclosed any equity despite being profitable for several years. This same report has been deemed appropriate by important stakeholders and it has been accepted by the NYAG. Perhaps the WSJ has confused Tether with some of its competitors.”

As the crypto market’s oldest and largest stablecoin issuer, Tether is no stranger to criticism. Detractors hav long claimed that Tether’s USDT stablecoin is not adequately backed by reserves. Others have criticized the company’s use of commercial paper as backing. On June 27, The Wall Street Journal reported that short sellers have been “ramping up their bets against Tether” after the collapse of the Terra (Luna) — now renamed Terra Classic (LUNC) — ecosystem.