Get ready for a swarm of incompetence at the IRS 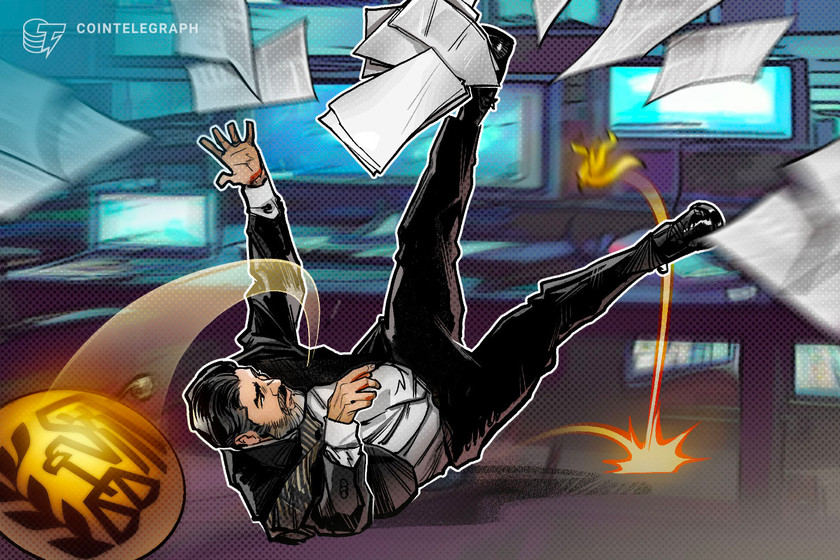 The IRS is hiring 87,000 agents, thanks to President Joe Biden’s 2021 infrastructure package, but they won’t be fully trained for three years.

The Internal Revenue Service is hiring 87,000 new agents, but taxpayers will not feel the pain for another two to three years. That’s how long it will take the agency to hire and train agents. Few have discussed the extent of this pain. Still, it’s something to think about when you consider the majority of coming audits will be conducted by new agents, many of whom will have been hastily hired and operating with minimal supervision.

Playing the audit lottery will not be smart in future tax years. Taxpayers should protect themselves now, especially when profiting from statutory gray areas — such as cryptocurrency staking, investing through decentralized autonomous organizations (DAOs) and other decentralized finance (DeFi) products.

When I started my career in the mid-2000s, business audits were standard, and the new agents were always the worst with which to deal. You had to explain everything in detail to them like little children, and they still would write up non-factual summaries or incorrect legal opinions. That required escalating cases for a manager to review or file an appeal. New agents were also often uber-aggressive, fighting over small changes to build a reputation for always having major tax increases in the audits they took on.

Don’t get me wrong. The IRS needs to hire agents. The situation for the last few years has been nothing short of a nightmare. Good luck reaching an agent to resolve a tax issue! In 2021, the IRS received 282 million telephone calls. Customer service representatives only answered 32 million, or 11 percent, of those calls. The IRS certainly needs to hire more staff to answer phones and resolve issues within a reasonable time.

Related: Biden is hiring 87,000 new IRS agents — and they’re coming for you

The trouble at the IRS dates back to 2011, when major budgetary cuts led to a hiring freeze across the board. The total number of workers at the IRS has fallen massively, from 94,711 agents in 2010 to 78,661 full-time equivalent employees in 2021. This means that adding 87,000 revenue agents will more than double the size of the current IRS!

Add to this the roughly 20,000 agents eligible to retire at the IRS right now, and the IRS will need to hire more than 107,000 agents in the next few years. Thus, two out of three IRS employees will be total newbies in three years. In a perfect world, this could lead to a startup-like culture at the IRS, with innovations and a culture of making a difference. Yeah, right. This is the government. They won’t run things efficiently. And these agents who are tracked on their performance will go for the low-hanging fruit with taxpayers they can bully into big changes on examination, meaning a big increase in small business and individual audits.

However, we won’t see much of an increase in audits for a couple of years. It will take a while for the IRS to find enough hires though to fill all those seats. The hiring freeze was lifted in 2019, but because of the pandemic, actual net hiring has not yet occurred. In 2021, the IRS lost 14,500 employees due to retirement or separation but gained only 12,500 external hires.

This failure in hiring wasn’t from a lack of trying. In 2021, I was inundated with Facebook ads and recruiter messages, but they still couldn’t even hire enough agents to fill the seats of those who were retiring. So one certainly has to ask, how will they find over 100,000 new agents? And will their hiring standards drop substantially to get enough warm bodies in chairs?

Then it will take even more time before we see these agents in the field. Once a revenue agent is hired, there is another one to two years of training before they are unleashed on the public.

The most likely agent you will meet, a “Small Business/Self-Employed Revenue Agent in Field Examination,” requires 1,888 hours of training. At 40 hours per week, this amounts to 47.2 weeks, which is almost a year after vacation and personal time. A “Special Agent for Criminal Investigations” requires 3,904 hours of training, or closer to two years, to get up to speed. Even a “Customer Service Representative” needs 1,500 hours of training, or more than nine months — to answer the phone lines!

While the IRS has been dwindling in size and struggling to replace retiring agents, the tax laws and technology-based financial transactions have become increasingly complex. The Tax Cuts and Jobs Act (TCJA) in 2017 was the first major overhaul of the tax system since the Tax Reform Act of 1986. Five years after passing the TCJA, not all the provisions have been implemented yet. Who knows what strange memos might start coming out in these not-yet-interpreted areas? Then there are all the gray areas created by different types of cryptocurrency transactions, staking, DAOs and DeFi, with many unique fact patterns for which the relevant laws have yet to be interpreted by the tax courts.

The antiquated IRS computer system further adds to the challenges faced. The IRS still runs on a mainframe computer system from the 1960s that is coded in Cobol. Few current programmers know Cobol, and the IRS has struggled to modify its systems. During the pandemic, a revenue agent admitted to me on a call that the IRS did not have the code to pause the system that mails out automated delinquency notices to taxpayers.

For the last 20 years, the U.S. Treasury has been spending billions a year to develop a new tax computer system, but there never seems to be a clear timeline of when this system will be released. It always seems about five years out with the ever-floating deadline. Because of this lack of decent computer systems, a lot of tasks at the IRS are still performed manually. The IRS has about 60 case management systems that are not interconnected; each function’s employees must transcribe or import information from other electronic systems and mail or fax it to other departments.

Related: Tips to claim tax losses with the US Internal Revenue Service

Despite all these challenges, the IRS is already signaling that they intend to start doing substantial business audits in future years. It has been years since the Coinbase John Doe summons, and the IRS still has not done the expected bulk audits, so with staffing increases, these will probably start increasing.

Since the pandemic, transfer pricing audits have ground to a halt but will surely pick up again soon — and I expect many crypto businesses to be the target of these audits as well, especially those in DeFi with cross-border lending transactions. And then for R&D, the IRS has issued two memos in the last year requiring full due diligence and documentation to be done before preparing the tax return, but the R&D credit mills predatorily targeting startups have yet to change their business practices, so I expect to see audits of R&D credits en masse once enough agents are ready.

Most of the tax accountants I worked with early in my career have long since retired. The new generation of so-called “experts” didn’t get this business audit experience in their early careers and are utterly unprepared for what is on the horizon at the IRS. Because of this, there is a lot of incorrect information floating around in the tax world. Many advisors who have been playing the audit lottery for years successfully are in line to get both themselves and their clients burned in the coming audit storm.

When should taxpayers be afraid? Considering the two- to three-year timeline to get staffed and the three-year statute of limitations for auditing most tax returns, the tax years that will be most at risk for audit are 2021 and onwards. Per 2019 IRS statistics, individuals with taxable income between $25,000 and $500,000 only have a roughly 0.2% chance of being audited each year, with those reporting $0 income or a net loss for the year at 1.1%.

Back in 2010, mid-range incomes were only at a 0.7% risk. If $0 or less of income was reported, there was a 20.6% chance of an audit — meaning those playing it conservatively will likely still be OK. However, those taking aggressive positions were at far greater risk, likely running that 1-in-5 risk of audit.

Because of this, I recommend choosing your advisors carefully. Aggressive tax positions should be avoided right now unless the benefit outweighs the risk regarding the cost of litigation. The biggest fallacies I hear in consult calls every week tend to come from Reddit threads, and trust me, Reddit is not a credible source. Be sure to look up your advisors and make sure they are licensed and experienced, as this, at least, will give some grounds to have penalties waived if an aggressive tax position is questioned.

Crystal Stranger is a federally-licensed tax EA and the international tax director at GBS Tax. She worked previously as a software developer in San Francisco.

This article is for general information purposes and is not intended to be and should not be taken as legal or investment advice. The views, thoughts, and opinions expressed here are the author’s alone and do not necessarily reflect or represent the views and opinions of Cointelegraph.