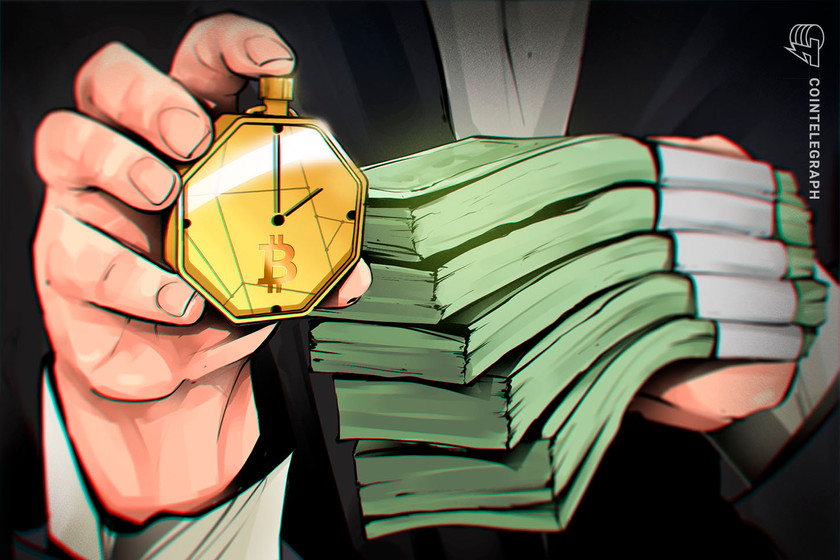 Samson Mow, chief strategy officer at Blockstream, says Bitcoin was never about “transactions per second and coffee,” but about value and a “new financial paradigm.”

Blockstream’s Samson Mow wants to move the conversation away from Bitcoin’s (BTC) performance in transactions per second and toward its role in ushering in “a new financial paradigm,” that is, serving as a permissionless medium for the store and transfer of value.

#Bitcoin moves nearly half a million dollars in value around the globe permissionlessly every second. It was never about transactions per second and coffee. It's all about value transacted per second and a new financial paradigm. #VTPS not #TPS. Nothing comes close to @BTC. pic.twitter.com/aXfDauPx9b

Mow’s argument is that “VPTS [value transacted per second] not TPS [transaction per second]” is what really counts. Calculations for the video were reportedly made using on-chain data by the editor of the Blockstream engineering blog, who goes by “Grubles” on Twitter. The editor similarly tweeted that “Bitcoin scales just fine. 1 BTC can store an infinite amount of value.”

The video, according to a follow-up tweet from Mow, “was inspired by a stupid XRP marketing video comparing their sh*tcoin’s TPS [transaction per second] to Bitcoin’s.”

Blockchain.com data shows that as of Dec. 1, the total estimated value of transactions on the Bitcoin blockchain was estimated at $4.627 billion. This figure hit $5.15 billion, close to its all-time-high, on Nov. 5.

TPS has long been presented as a purported Achilles heel for Bitcoin, whose capacity maxes out at a lower threshold than competitor coins like Ether (ETH). This is notably the line taken by Bitcoin Cash (BCH) evangelists like Roger Ver, who tout the asset as a better currency for retail adoption in small-scale transactions.

Mow’s line on Bitcoin has been consistent, arguing that those who are interested in everyday transactions can use second-layer solutions like the Lightning Network. Bitcoin in itself, he says, has an altogether different purpose:

“It’s more of a store of value and a medium of wealth transfer. It’s not something you would use every day in payments. I’ve said this before, and people have twisted around and said I hate Bitcoin, but Bitcoin is bad for payments.”