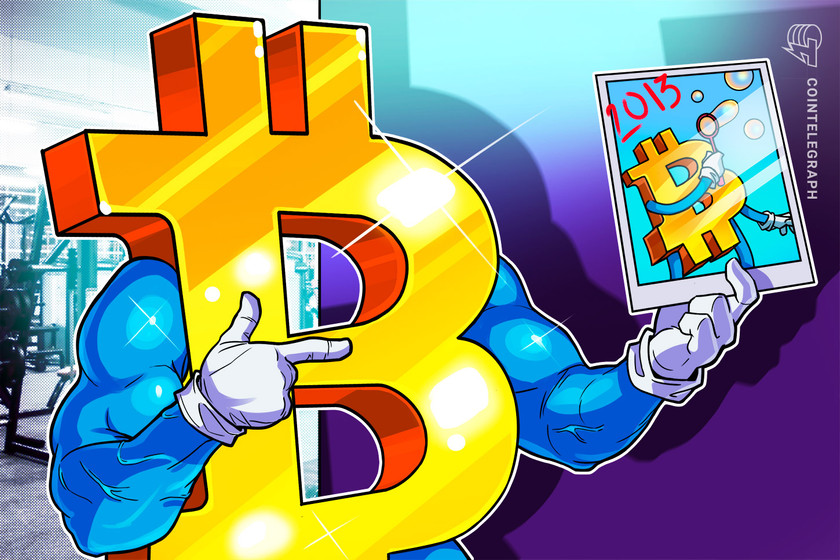 No hint of bearish traditions returning to Bitcoin markets this year as 2021 bucks the trend for March to bring serious downside. Will Q2 deliver on expectations?

Bitcoin (BTC) has seen its most successful Q1 in eight years as the Ides of March fail to materialize for hodlers.

Data published by analytics resource Bybt as Q1 2021 came to an end showed that BTC/USD gained more in the first three months of this year than any since 2013.

Despite not reclaiming all-time highs before Q2 began, Bitcoin put in a rare performance this March — normally, that month sees negative returns.

Not only did the largest cryptocurrency rise by nearly 30% this time around, it also posted its highest price in history of $61,700.

Anticipation for the next few months is already building. Q2 is traditionally the strongest time of the year for Bitcoin with only two years seeing negative returns, both less than 10%. The target to beat is from 2019, which delivered 159% gains, and is the best Q2 since 2013.

Simply studying raw returns data thus fuels a sense that Bitcoin is performing exactly as expected in the year after a block subsidy halving, traditionally its strongest in each four-year halving cycle.

Comparing this cycle to previous ones — and 2021 to 2013 and 2017 — meanwhile shows that regardless of all-time highs, Bitcoin has actually done nothing out of the ordinary.

Uploading the latest version of a chart showing price movements after each halving, quant analyst PlanB put to rest concerns that BTC/USD has gained too quickly in recent months.

"Bitcoin currently in between 2013 and 2017 tracks," he summarized to Twitter followers.

As Cointelegraph reported, PlanB's stock-to-flow price models call for an average price of either $100,000 or $288,000 this cycle, with the former now likely too conservative as a top.