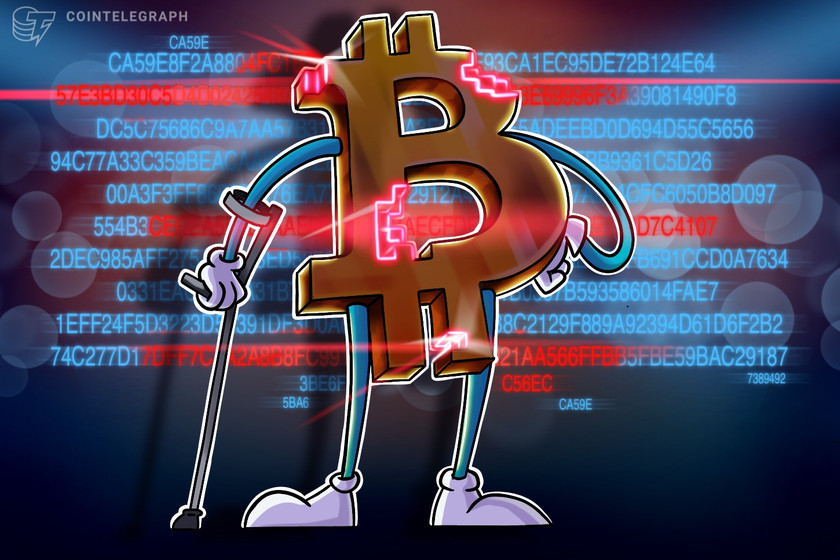 Bitcoin’s $15,000 price pullback over the last few days has caused the percentage of wallets underwater to exceed 23%.

Bitcoin (BTC) is down almost 30% in the last seven days and this dip has triggered an almost commensurate plunge in the percentage of wallets in profit.

Data from crypto data provider Glassnode shows that Bitcoin price drawdown has led to almost a quarter of unique on-chain entities being at a loss. This situation also bears some parallels to previous extreme downside price action periods that interrupted bullish advances.

During the Black Thursday crash of March 2020, unique on-chain entities at a loss also approached the 25% mark as Bitcoin fell almost 50%.

Further back, the 2019 rally from the $3,500 bottom of the 2018 bear market also had a similar temporary break that saw the percentage of unique wallets at a loss also slide towards 25%.

In all previous situations where the percent of entities at a loss approached 25% during a bullish advance, Bitcoin quickly rebounded to post a new high.

Back in January, the price drawdown from ATH also briefly touched 27% as Bitcoin’s uninterrupted price quadrupling that began in September 2020 cooled off as BTC lost about $10,000 within a week.

As previously reported by Cointelegraph, Bitcoin inflows to exchanges have surged over the past week, reaching levels not seen since Black Thursday.

The massive selloff over the past week has seen the total crypto market capitalization lose about $700 billion within seven days. More than half of that decline happened in the last 24 hours as several crypto shed between 15 and 30% in 1-day trading prices.