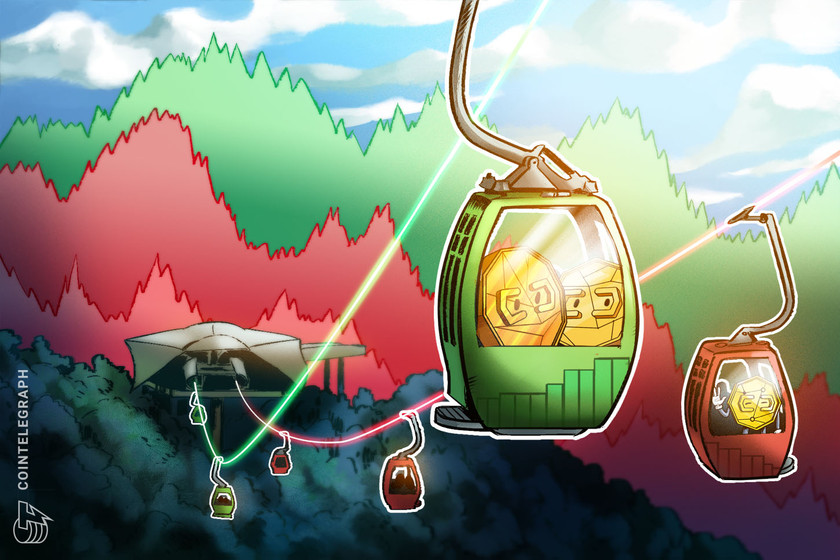 The long-awaited rebound came as the community accused the Internet Computer team of dumping $6 billion worth of ICP tokens.

Internet Computer (ICP) rose to spotlight among day-traders after rising 41.69% on Sunday.

The ICP/USD exchange rate closed the session at $42.98 after correcting lower from its intraday high of $45.01. At its quarter-to-date low, the pair was trading at $28.31. Meanwhile, on Monday, it surged to a new intraday high of $47.63. Therefore, its latest rebound returned as much as 68.27% in paper profits.

The major price retracement in the Internet Computer market also followed a steeper 95% decline since ICP's debut more than a month ago across leading cryptocurrency exchanges, including Binance and Coinbase. Therefore, the cryptocurrency's revenge rebound in the previous 24 hours did little in offsetting its prevailing bearish bias.

Some community members alleged that Dfinity, the Zurich-based nonprofit backing the Internet Computer project, has dumped almost $6bn worth of ICP since the token became tradable. Redditor @trapsandwich, who claims to be an early investor, wrote a detailed analysis more than a month ago on r/Dfinity, noting that wallets linked to the Internet Computer team continuously sent their tokens to exchanges

@trapsandwich also claimed in another Reddit post that Dfinity locked the ICP tokens — that their early investors had held — for an extra month after they listed the token across crypto exchanges. But at the same time, the firm did not lock any of its own 111 million ICP holdings.

Another Redditor @Beneficial-Source147 claimed that the amount of ICP tokens Dfinity dumped since genesis was as high as 90 million. However, other Redditors jumped in defense, stating that most ICP transfers were grants dedicated to developers, not sales.

But the Internet Computer's turned out to be more drastic than its top blockchain rivals, including Ether (ETH), Cardano. So it appears, overvaluation risks were at play.

In detail, traders priced ICP differently across multiple cryptocurrency exchanges atop its debut. For instance, the ICP/USD exchange rate was as high as $3,161 on Binance on the first day. Meanwhile, on Coinbase, the pair's intraday high was as much as $630.

The ICP's circulating supply on May 11 was approximately 134.8 million against the total cap of 469.2 million. Therefore, on Binance, the Internet Computer's market cap was worth more than $426 billion. At that time, it would have made the Dfinity blockchain project the third most valuable after Bitcoin and Ethereum. Ethereum's market cap topped at $482.881 billion on May 11.

As a project, Internet Computer is another contender trying his luck in the ongoing blockchain scalability war. But instead of relying on miners and small-scale validators to operate a public ledger, Dfinity's undertaking proposes to build large data centers and high-end node machines that could provide more bandwidth to its project.

“If the IC succeeds at replacing legacy IT, there would be no need for centralized DNS services, anti-virus, firewalls, database systems, cloud services, and VPNs either,” also noted Mira Christanto, a researcher at crypto analytics platform Messari.

ICP had a remarkable debut following its high-profile listings across major cryptocurrency exchanges. The token also boasted support from a flurry of renowned investors, including Andreessen Horowitz's venture fund a16z crypto and Polychain Capital, a crypto-focused hedge fund in New York helmed by Olaf Carlson-Wee, who earlier served as the head of Risk at Coinbase.

Unrealistic valuations and excessive liquidity right atop its launch may have hurt ICP. Nevertheless, the token remains oversold since its launch, according to its relative strength index's readings, which may serve as a buy signal to some traders.

The author has reached Internet Computer for additional comments.