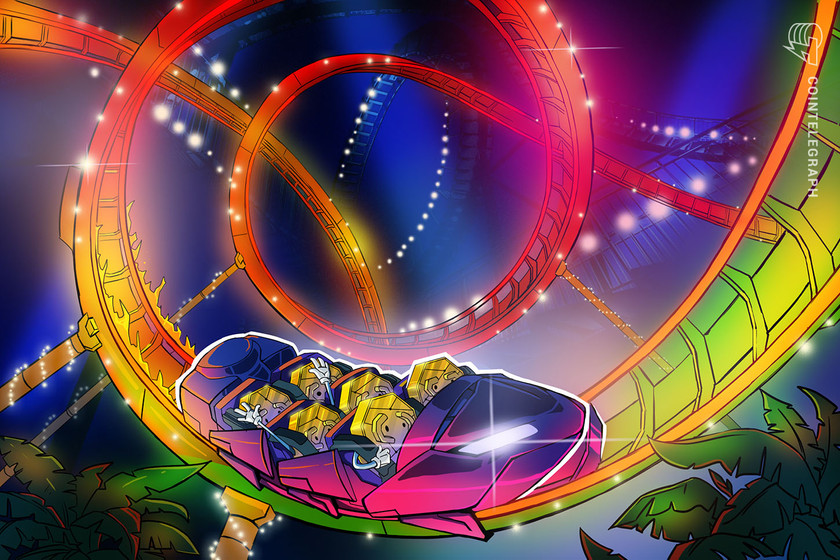 Bears pressed harder on the market on Aug. 26 after Bitcoin (BTC) continued its pullback to an intra-day low at $46,250 and altcoins nursed near double-digit losses.

While most of the market is seeing red, a few altcoins managed to notch notable gains due to exchange listings and new staking opportunities.

Data from Cointelegraph Markets Pro and TradingView shows that the biggest gainers over the past 24 hours were COTI, XYO Network (XYO) and Conflux Network (CFX).

COTI rallies after listing on Coinbase

The top-performing coin over the past 24 hours was COTI, an enterprise-grade fintech platform focused on decentralized payments.

VORTECS™ data from Cointelegraph Markets Pro began to detect a bullish outlook for COTI on Aug. 22, prior to the recent price rise.

As seen in the chart above, the VORTECS™ Score for COTI turned solidly green on Aug. 22 and proceeded to climb to a high of 79 on Aug. 25, around two hours before the price increased 81% over the next day.

The burst of momentum for COTI came after it was announced that the token would be listed on Coinbase Pro and Huobi, two of the largest cryptocurrency exchanges by daily trading volume.

The XYO Network is comprised of a network of devices that anonymously collect and validate data with a geographic component (geospatial). All data obtained from the tracking devices on the network are stored on the XYO blockchain.

VORTECS™ data from Cointelegraph Markets Pro began to detect a bullish outlook for XYO on Aug. 21, prior to the recent price rise.

As seen in the chart above, the VORTECS™ Score for XYO climbed into the green zone on Aug. 21 and reached a high of 72, around 67 hours before its price increased 36% over the next two days.

The Conflux Network is a public, permissionless blockchain network that has the goal of bridging the communities and economies of Asian and Western societies in order to facilitate the secure and interoperable flow of assets and data.

The sudden price surge comes as the CFX ecosystem works on building out its NFT ecosystem, and the token appears to have also benefited from recently being listed on the Mexo and Tokocrypto exchanges.