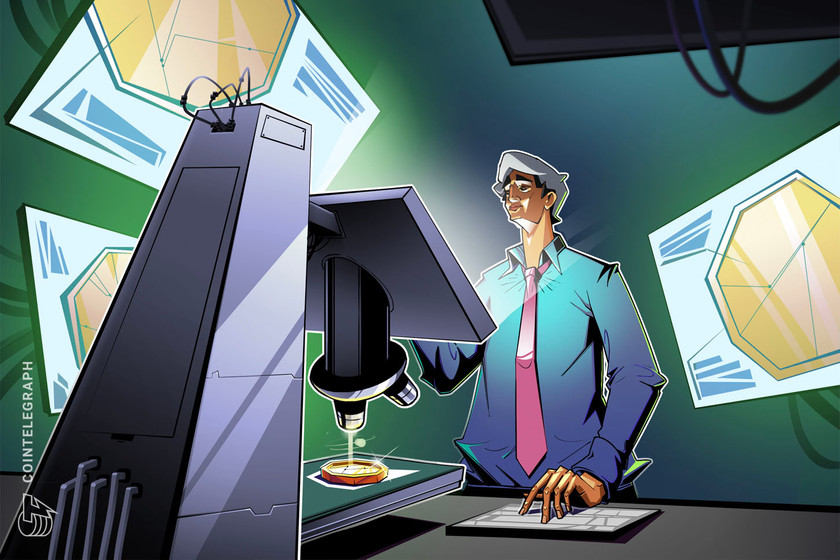 Institutional investment, new governance features and a groundbreaking project with the government of El Salvador are just a few of the factors behind ALGO’s rally to a new all-time high.

Real-world adoption is what really matters when it comes to being a successful blockchain project and one project that benefited from a recent uptick in adoption is Algorand (ALGO), a pure proof-of-stake protocol aiming to become the go-to base layer for the global financial industry.

Data from Cointelegraph Markets Pro and TradingView shows that since bottoming out at $0.67 on July 20, the price of ALGO has rocketed 268% higher to a daily high at $2.47 on Sept. 9 as its 24-hour trading volume surged to a record-high $4.83 billion.

The sudden surge in price and trading volume for Algorand came following El Salvador's announcement that is now recognized as legal tender and that the country has also selected Algorand's blockchain to help develop its blockchain infrastructure.

The Algorand network has slowly gained increased attention from larger institutions and governments as a result of its work on central bank digital currencies (CBDC) and the project has already been chosen to host popular stablecoins like USD Coin (USDC) and Tether (USDT).

Its selection by El Salvador is perhaps the most significant vote of confidence the project has received to date and it has the potential to lead to further large-scale adoption as other governments and institutions watch to see how the project progresses.

A second factor helping drive the price of ALGO are recent moves made by the Algorand Foundation to get the community more involved with the project and active on the network.

The project is in the process of launching governance features for token holders, which are set to go live on Oct. 1 and will give users more of a say in the future development of the platform.

The project developers are also working on new decentralized finance (DeFi) and nonfungible token applications that may attract new users who want to get in on the NFT craze action but are prevented by the high fees on the Ethereum (ETH) network.

Related: Staking will eat proof-of-work for breakfast — Here’s why

VORTECS™ data from Cointelegraph Markets Pro began to detect a bullish outlook for ALGO on Sept. 4, prior to the recent price rise.

As seen in the chart above, the VORTECS™ Score for ALGO was elevated early in the month of September and reached a high of 70 on Sept. 4, roughly 78 hours before the price began to increased 114% over the next two days.