Auctioneer willing to sell $70M artwork for BTC or ETH 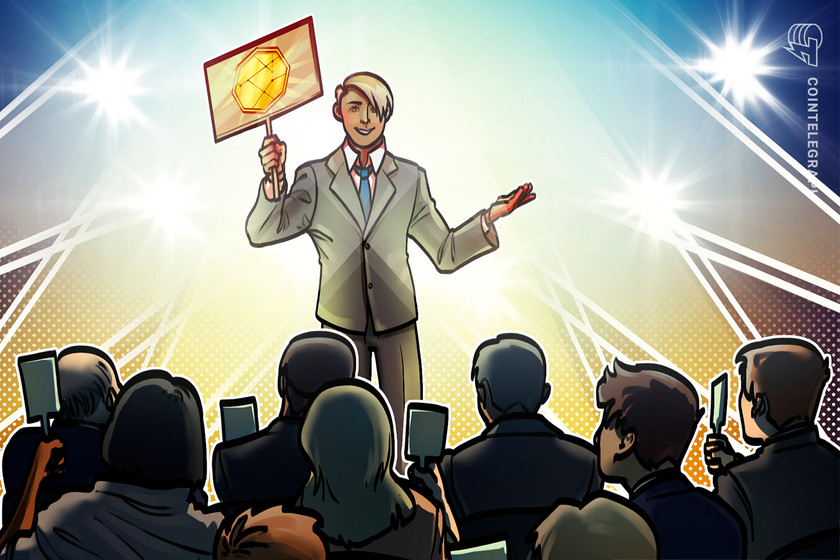 A leading U.S. auction house, Phillips is auctioning a Baqueirat collection in May. Accepted payment options include Bitcoin and Ether.

In further signs of crypto adoption among the art world, a leading United States auction house will accept crypto as payment for a series of paintings. A Jean-Michel Basquiat collection is up for auction by Phillips, with Bitcoin (BTC) and Ethereum (ETH) listed as payment options.

Scott Nussbaum, Senior International Specialist, 20th Century & Contemporary Art from Phillips told Cointelegraph that buyers “are interested in the option of cryptocurrency as a method of payment for traditional artworks.”

Given that “the beauty of Basquiat is his ability to inspire both seasoned and new collectors,” extending “the option for buyers to pay in cryptocurrency,” is a deft move. Ultimately, Nussbaum explains, accepting cryptocurrency as payment for other works “will only continue to increase.”

It’s not the first time that the auction house has explored cryptocurrency, although the previous sale was an order of magnitude smaller. In June 2020, Phillips auctioned a Banksy piece, Bitcoin and Ether as accepted payments. It sold for roughly $3.2 million.

Coincidentally, a price target for the Basquiat of around $70 million is the hammer price for the infamous Beeple NFT auction, which closed in March 2021. Christie’s auction house managed the sale, inspiring further cryptocurrency-related auction house activities.

In November 2021, rival auctioneers Sotheby’s took ETH bids in real-time for a Banksy auction. In May of the same year, Sotheby’s partnered with Coinbase to manage auctions in Bitcoin and Ether before taking charge of crypto payments in-house.

Nussbaum sums up the fashion for cryptocurrencies in the art world, explaining that “there are many new collectors who are very engaged in cryptocurrency.”

“It was only a matter of time before it would be of interest as a method of payment.”