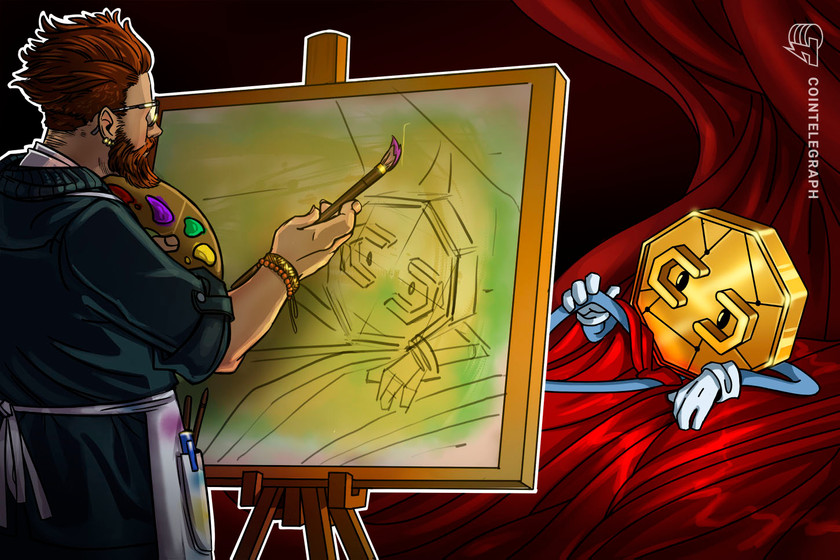 Beeple’s Crossroads NFT has been resold for $6.6 million, more than 100 times its original price, and smashing the previous record of $1.5 million for an individual NFT.

Like many Beeple artworks, Crossroads was inspired by the 2020 U.S. presidential elections. It was designed to feature one of two animations, depending on the outcome of the election — one a triumphant Trump, the other a forgotten, despondent one.

Originally purchased by a user called Pablo for $66,666.60 on Nov 1, the new owner, who chose to remain anonymous, paid almost 100 times more, breaking the price record for a single NFT sale. Previously the record was held by CryptoPunk 6965 which sold last week for 800 ETH, with a sale value of $1.55 million.

Beeple’s work has already captivated art collectors around the world with $3.5 million in sales generated over a single weekend in December on the Nifty Gateway, with some of the artwork being resold the same day at inflated values of more than 1000 times the original price.

Not everyone agrees with the high value being placed on these pieces of digital art with Crypto YouTuber Lark Davis stating Beeple’s $6.6 million NFT sale was a non-sensical purchase:

The renowned artist is in the process of breaking another record with the first NFT being sold in a traditional auction house. Christie’s is listing the item in partnership with NFT marketplace MarkersPlace for more than two weeks, ending on March 11.

The auction for the piece titled “Everydays: The First 5000 Days”, which started on Feb. 25 for $100, has its estimated value listed as unknown. The listing has already received 120 bids with the latest bid at $2.2 million.

Comprising 5,000 unique images that he produced one each day for almost 14 years, there are themes about society’s obsession with and fear of technology, the desire for and resentment of wealth, and America’s turbulent political scene.

“We’re at this moment in time where there could be a drastic shift—a demographic shift, a generational shift—when it comes to what excites younger collectors,” Christie’s specialist in post-war and contemporary art in charge of the Beeple sale Noah Davis told Art Market Monitor. “Christie’s as an organization is really excited about a moment in time where you see $3.5 million of sales just organically appear out of thin air. That’s something we want to capitalize on.”

Digital artists aren’t the only ones being recognized by this new era of technology with Trevor Jones seeing increased attention for his paintings turned into augmented reality. On Feb. 25 Jones’ open edition art titled “The Bitcoin Angel” sold 4,157 editions within 7 minutes at a price of $777 each, netting the artist more than $3.2 million.

Show your love for Trevor and #Bitcoin here
pic.twitter.com/CNaYnpeclg