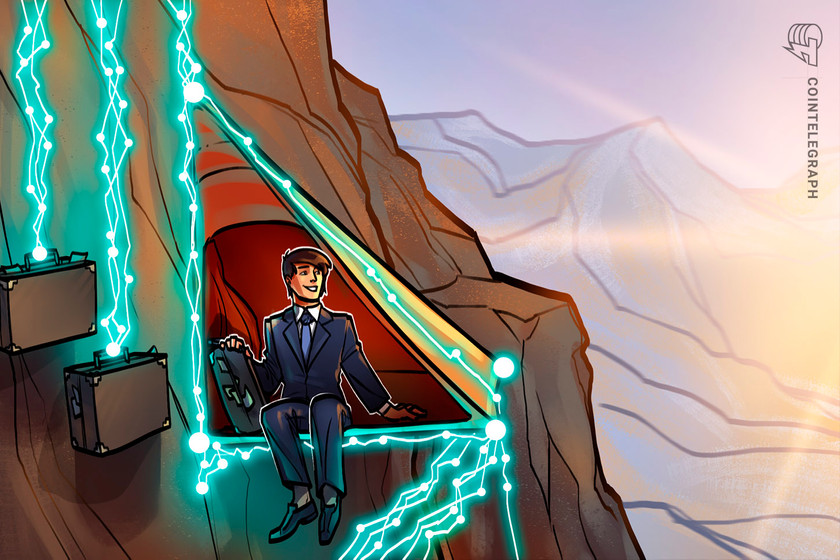 Venture capital cannot just stick to its existing structures and processes if it wants to remain relevant in the new Web 3.0 era.

We have seen a steep adoption of crypto-based systems this year, including decentralized finance (DeFi) applications, nonfungible tokens (NFTs) such as digital art, crypto-centric gaming, and increased adoption of cryptocurrencies as investment and payment tools. One of the more recent developments is the emergence of decentralized autonomous organizations (DAOs).

DAOs have existed since 2016, when The DAO organization, a new form of investment vehicle that attracted a sizable portion of Ethereum (ETH) tokens, raised more than $150 million at the time. Many saw The DAO as the ultimate form of human coordination. Yet, due to a reentrancy exploit, hackers stole $50 million of the organization’s funds.

Despite the initial setback, DAOs have seen a second birth in the past months. This was primarily enabled through more mature frameworks and tools, as well as reduced friction in setting up a DAO and engaging with DAOs. Some early experiments such as DXdao, DAOStack’s Genesis DAO, or MolochDAO showed the way for a new wave of decentralized organizations. Today, there are DAOs in different forms and shapes, ranging from big to small, used to steward ecosystems, collectively buying NFTs or contributing to social causes or movements.

Beyond that, DAOs will likely be the most transformational change in how venture capital (VC) funds operate. Venture funds will have to change how they invest in projects, how they engage with them, and how they bring value. At the same time, though, their own business model might get disrupted by DAOs that themselves become investment vehicles. But Web 3.0 will also fundamentally change access to investment opportunities and deliver democratic ways of investing without having to be an accredited investor or without net worth restrictions.

It’s not an anomaly anymore to have venture capital funds invest in Web 3.0. These investments range from the establishment of specialized crypto funds to more traditional (institutional) funds seeing the potential of blockchain-based ecosystems. However, the investment approach differs from traditional venture capital.

Most notably is the widespread adoption of public sales (such as initial coin offerings, initial decentralized exchange offerings, and initial exchange offerings). These are democratizing access to investment deals, allowing for a bigger number of investors to take part in an investment round with reduced entry barriers and coordination overhead. Many Web 3.0 projects are also primarily steered by a community-run DAO, with investment decisions being vetted by a community vote — probably the most iconic example being the SushiSwap strategic fundraise.

So, while investment deals are, traditionally, often made behind closed doors with little to no stakeholder involvement, VC funds in Web 3.0 have to engage much more publicly in order to get a seat at the table. Web 3.0 projects still sometimes engage in a smaller private fundraise before a public token sale, though. This often involves a SAFT agreement (or SAFE agreement plus token options) with the party planning to issue a new token. However, this often includes committing to longer vesting or lock-up periods.

But, especially in the NFT space, it remains to be seen how VC funds can somehow gain an edge over retail investors, as NFT collections are usually sold publicly right away, removing the opportunity to participate in private presales.

Related: Airdrops, DAOs, token issuance and public domains are the next frontier for NFTs

How VC can add value to Web 3.0 projects

There is a whole range of services and support that VC provides to startups — beyond just capital. VC funds regularly support their portfolio companies with recruiting, marketing, mentoring, legal advisory, or other services. After all, they have a vested interest in having those startups succeed and want to do everything they can to support them.

However, Web 3.0 will fundamentally change what “smart money” means for projects. DAOs often don’t have a central entity that can be granted these additional services. Instead, VC funds supporting the projects often primarily do so through community engagement. This includes community advocacy or direct involvement in community governance processes. But it also involves lobbying and other forms of interfacing with stakeholders outside the immediate ecosystem or even Web 3.0, as those discussions are often a challenge for organizations that don’t have a legal personality.

One prominent example for a VC fund that is leaning into this new form of value contribution is Andreessen Horowitz (a16z). With the $2.2 billion Crypto Fund III, a16z doesn’t shy away from actively participating in governance of their portfolio projects, such as Uniswap.

Venture capital funding has been around since the 1940s and was primarily used by the rich. As DAOs represent the next generation of VC funding, VC funds are not only investing in and participating in DAOs, but are becoming DAOs themselves. Stacker Ventures is an example of a VC fund becoming a DAO, which is attempting to democratize early-phase investments in emerging assets. BitDAO, which is a protocol governed by BIT token holders, is one of the world’s largest DAOs focused on delivering open finance and a decentralized, tokenized economy.

Partnering with leading protocols, BitDAO is building a future of finance that hopes to support DeFi, DAOs, gaming and NFTs. PleasrDAO, an investment and art acquisition platform, collects digital art that represents and funds important ideas and movements cemented on-chain as NFTs. Experimenting with digital and art ownership, PleasrDAO is helping change how people can invest in art.

Related: DAOs will be the future of online communities in five years

VC is primarily a social investment tool to coordinate resources around a shared investment thesis. And Web 3.0 will enable innovative new ways in which people can come together to pool capital and other resources that go way beyond the rigid structures we see in the current VC landscape.

Venture capital in an identity crisis

Traditional venture capital funds have to observe these developments and get a clearer picture of their own value proposition as they relate to Web 3.0 projects. Most importantly, venture capital has to showcase how their value-add differentiates from community-driven investment DAOs. It might very well be that, over time, some traditional VC funds decide to adopt a DAO structure to make their investment activities more accessible, transparent, and community-driven.

What is clear is that venture capital cannot just stick to its existing structures and processes if it wants to remain relevant in this new Web 3.0 era.

Lukas Schor is the product manager at Gnosis Safe — a multi-signature wallet and a platform to manage digital assets on Ethereum. Lukas has been working in product-related roles in the blockchain industry for the past four years. He joined Gnosis in early 2019 to take over the role of product manager for the Gnosis Safe Project.