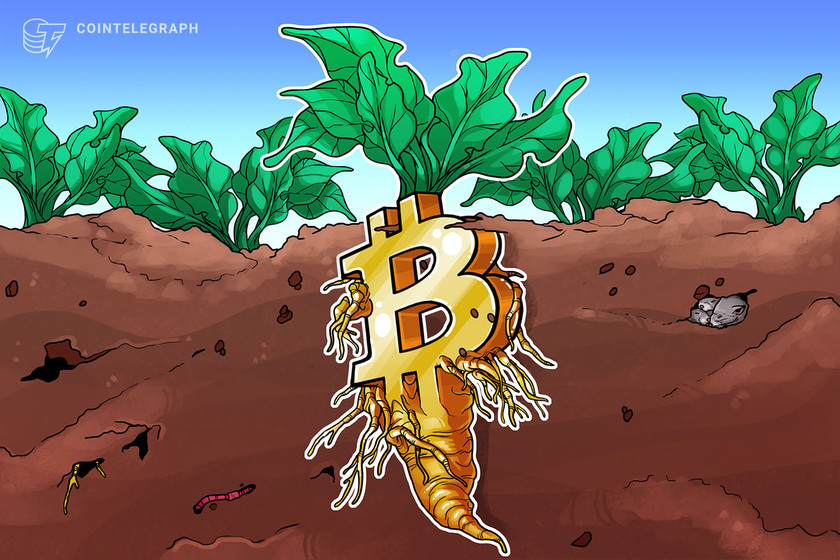 This upgrade focuses on the expansion of the Bitcoin network’s smart contract capabilities and improves privacy on the network.

Bitcoin is set to undergo a major network upgrade, Taproot, in nearly two days, i.e., on Nov. 14 or 255 blocks later, as per data from Taproot.watch. This is the first significant upgrade since the Segregated Witness (SegWit), which eventually culminated in the development and launch of the Lightning Network in 2018. The original Taproot proposal was made by Bitcoin core contributor and former Blockstream chief training officer Gregory Maxwell on Jan 23, 2018.

While the previous SegWit upgrade was aimed to resolve transaction malleability and improve the scalability of the Bitcoin network, the Taproot upgrade is targeted to improve transaction efficiency, the privacy of the network, and its ability to support smart contract initiatives. The upgrade was set into motion only after attaining a 90% consensus among the Bitcoin mining nodes on June 12, as announced by Bitcoin developer Hampus Sjöberg on Twitter. Sjöberg also made the Taproot.watch website to track the updates for the Taproot upgrade.

Ben Caselin, head of research and strategy at AAX, a cryptocurrency exchange, told Cointelegraph, “The Taproot Upgrade coming to Bitcoin is among the most impactful changes to be implemented on the network. The upgrade brings smart contract functionality to the protocol, and it optimizes for cost efficiency and privacy.“

He also noted that the smart contract functionality coming to Bitcoin is significant even though there are so many high-performing protocols that are functioning already, stating “we have to remember that Bitcoin is the only truly non-sovereign network that offers the highest degree of network security on the planet.”

The soft fork will introduce the Merkelized Abstract Syntax Tree (MAST). This tree will introduce a condition that will allow the sender and receiver of the transaction to sign off on a transaction together for settlement. Merkle trees are an established compact complex data structure that was invented by Ralph Merkle, one of the inventors of public-key cryptography.

Currently, Bitcoin uses the pay to script hash (P2SH) that ensures that only a hash of the script is going on-chain. Thus, when tokens are being spent, the underlying technology makes it necessary to show all the possible conditions which could’ve been fulfilled, including those that weren’t met in the transaction. The downside to this is that it is very data-heavy, which is unnecessary, and it’s not ideal for privacy as anyone on the blockchain can investigate which ways the funds could’ve been spent, the kind of wallet being used, and possibly more of such details.

MAST ensures that the various conditions in which the funds can be spent are hashed individually and included in a Merkle Tree that will produce a Merkle root, which is a single hash. This ensures that only conditions which are met would need to be revealed, thus making the network more data-efficient than the previously used P2SH contracts.

Additionally, the Taproot upgrade will bring in the Schnorr Signature. This algorithm will allow users to aggregate multisigs into one for a single transaction, making it difficult to differentiate between regular transactions and multisig transactions. Essentially, these signatures hide if there is a MAST structure that existed from the token or transaction at any time at all.

Igneus Terrence, head of communications at Bybit, a cryptocurrency derivatives exchange, spoke with Cointelegraph on the specifics of this upgrade:

“Using the trinity of Schnorr signatures, MAST and Tapscript, Taproot allows for less unnecessary data collection in Bitcoin network's transaction outputs without sacrificing security. By virtue of less amount of data collected and transferred, the benefits for the end-users will be seen in better privacy, more efficiency, and lower transaction fees.”

Marie Tatibouet, the chief marketing officer at Gate.io, spoke with Cointelegraph about the larger impact that the Lightning Network has had already, especially in El Salvador’s adoption of Bitcoin as legal tender. She said, “Strike — one of the most popular Lightning Network wallets — is responsible for powering El Salvador's crypto ecosystem. In a three-month period between May and July 2021, the number of lightning network nodes jumped from 10,000 to 23,000. As things stand, it is projected that the Lightning Network could reach 700 million users by 2030.”

Even though the upgrade will allow the deployment of smart contracts and is the next logical upgrade for the Bitcoin network, it would be unrealistic to compete with the most utilized smart contract blockchain network, Ethereum, anytime soon. On this, Tatibouet said, “While it will take some time for proper contracts to function properly, the utility and user base it will bring in will be certainly impressive. However, don't expect Bitcoin's smart contract ecosystem to eclipse Ethereum's any time soon.”

Anto Bukov, the co-founder of 1inch Network, a decentralized cryptocurrency exchange, holds a more absolute view regarding smart contracts. He told Cointelegraph, “It was not designed for this purpose. Bitcoin is based on the UTXO model, which is not suitable for smart contracts. Cardano recently demonstrated this.”

The days leading up to the upgrade have been interesting for Bitcoin as an investment asset as well. The token briefly hit an all-time high of $69,000 on Nov. 12 before crashing almost $7,000 to under the $63,000 price mark. The token currently trades just below the $64,000 as per data from CoinMarketCap. The asset currently has a market capitalization of over $1.2 trillion, holding over the coveted $1 trillion mark for nearly a week now.

However, the impact of this upgrade may already be priced into the asset’s current price. Bukov further spoke about the impact on the end-user. He said, “We note interesting technical improvements in Taproot, but it hardly will bring any user impact except for marketing.”

Caselin seemed to be more hopeful of the long-term price impact of this asset. He mentioned, “The immediate soft fork is priced in already. Anyone who understands and follows Bitcoin has been aware of Taproot and will have adjusted exposure accordingly. Nonetheless, since Bitcoin is still under its fair value and a further surge this month is widely expected, Taproot might provide the impetus. Nonetheless, in terms of its potential, Taproot has not been priced in at all.”

Since the Taproot upgrade would reduce the transaction outputs on the network, it opens the possibility for the deployment of sophisticated smart contracts. One differentiator from other blockchain networks that already have advanced smart contract utilities like Ethereum, Solana, etc., is that Bitcoin’s monetary functions and superior network security could attract liquidity that stays in the network for long periods. This is an aspect that various decentralized finance (DeFi) protocols built on platforms like Ethereum currently struggle with, and are stepping into the DeFi 2.0 to address.

Caselin spoke more about the marketwide impact, saying, “Bitcoin might take some market share away from smart contract platforms; however, it is more likely that mainstream participants in DeFi will stick to Ethereum, Solana, and similar protocols. Bitcoin is better suited for the more serious endeavors — and serious capital.”

Irrespective of the short-term price impact that the Taproot upgrade might or might not have on Bitcoin, it is evident that the Taproot upgrade, coming in as the first upgrade for the network in four years, is a major step for the network as it improves its fundamentals even further. Over the long term, this upgrade would drive value and could be seen as another step towards “hyperbitcoinization.”