Home » cointelegraph » crypto » crypto news » Crypto​.com is the #1 app in the Google Play Store in the US

Crypto​.com is the #1 app in the Google Play Store in the US 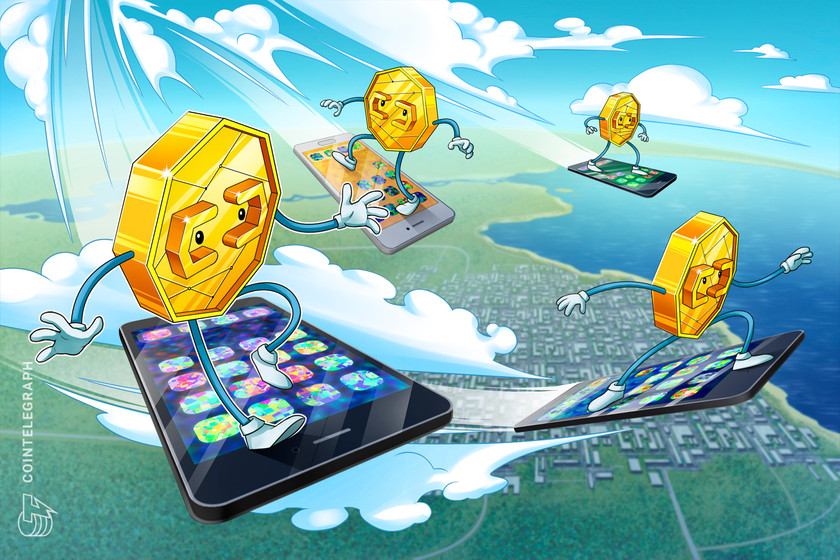 The exchange’s app was also the third most downloaded on the U.S. Apple App Store last week, but has since fallen to 20th.

Cryptocurrency exchange Crypto.com now tops the charts as the most downloaded app for the U.S. Google Play Store across all categories.

According to the most recent list of Google Play Store’s top free apps, Crypto.com’s app has surged in number of downloads to jump to the 1st position ahead of TikTok. Coinbase’s app sits at 3rd ahead of Cash App, while Voyager Digital is 10th following the trading platform’s announcement it would be partnering with the Dallas Mavericks basketball team.

Crypto.com’s rising popularity could be the result of the exchange releasing an ad campaign featuring actor Matt Damon, arguably one of the biggest celebrities to throw his name behind a cryptocurrency exchange. The “fortune favors the brave” ad, which went live last week, is aimed at reaching a global audience of potential crypto users and investors.

The number of downloads for a company’s app could be viewed as an indicator of market interest. While Crypto.com currently holds the top position on the Google Play Store, the exchange’s app was the 3rd most downloaded on the U.S. Apple App Store last week — it has since fallen to the #20 position. Though the campaign featuring Damon likely contributed to the price of the native Crypto.com Coin (CRO) rising to a six-month high of $0.2294 on Oct. 29, the token has dropped roughly 7% to reach $0.2134 at the time of publication.

The description of Crypto.com’s trading app also includes Shiba Inu (SHIB) following Bitcoin (BTC) and Ether (ETH). The price of the Dogecoin (DOGE) clone token has surged significantly in the last year, with some retail businesses now accepting it as a form of payment.