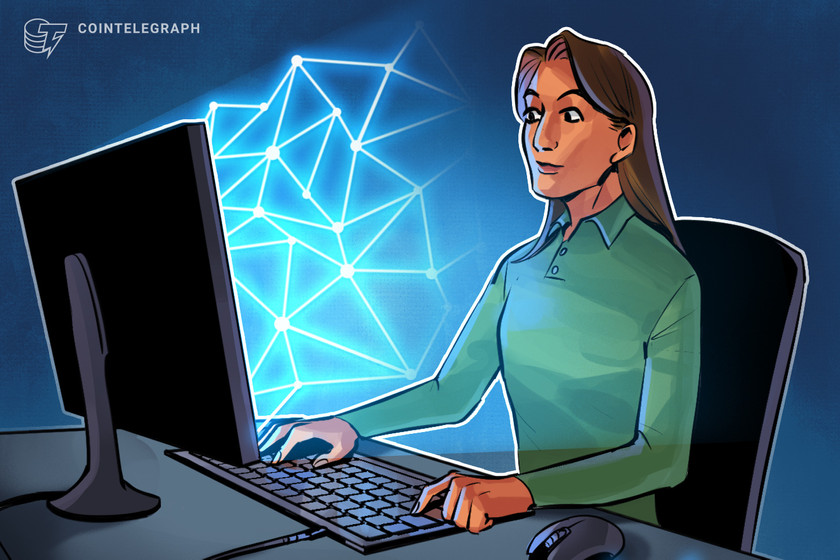 The Cartesi team thinks rollups can be used for more than just Solidity smart contracts.

Layer-two project Cartesi has unveiled a rollup-centric design for its Cartesi Machine, a Linux-based virtual machine that would allow developers to run any type of computing application secured via blockchains.

Cartesi’s design uses a slightly modified version of Optimistic Rollups, a layer-two technology developed within the Ethereum ecosystem, to power its virtual machine. In contrast with Optimism’s implementation, which uses this type of rollups primarily to maintain full compatibility with Ethereum smart contracts, Cartesi wants to offer a traditional development environment.

The Cartesi virtual machine emulates a RISC-V microprocessor architecture, an open-source alternative to the ARM instruction set commonly used in smartphones or Apple’s M1-based computers. The RISC-V architecture allows running standard software environments based on Linux. For developers building on Cartesi, this means that smart contracts can be developed in virtually any language and development ecosystem, provided it is supported by Linux.

The rollup-based design allows Cartesi to connect such a complex environment to the blockchain, piggybacking on its security model to ensure the validity of what happens on layer-two. The premise of a rollup is that all changes to the state of an external environment, for example wallet balances and exchange transactions, are eventually published in compressed form to the main layer one blockchain, for example Ethereum.

Optimistic rollups rely on publishing the data on the blockchain and allowing a challenge period. During this time, users can submit “fraud proofs” to signal that the data is incorrect, triggering a dispute that should result in a correction of that data. Once resolved, the state is finalized and guaranteed to be valid through the blockchain’s security model. The long withdrawal period is nonetheless a common point of criticism.

Cartesi’s version of Optimistic Rollups uses so-called interactive dispute resolutions to allow the blockchain itself to compute the correct version of the data with minimal cost. Erick de Moura, founder of Cartesi, told Cointelegraph that this design is what allows running much more complex computations than what is offered by the Ethereum virtual machine:

“Other rollups solutions are only making Solidity code perform better on layer-2. We are, however, creating something that is much closer to a real decentralized computer with a real operating system.”

De Moura also stressed that Cartesi’s design is blockchain-agnostic, and works on other blockchains like Binance Smart Chain or Matic — with more integrations to be developed in the future as well.

It remains to be seen if Cartesi’s proposition will find traction. Amid virtually all smart contract platforms adopting Solidity, the project is going against the grain. Nonetheless, the Linux-based environment could be attractive for those building much more complex DApps.