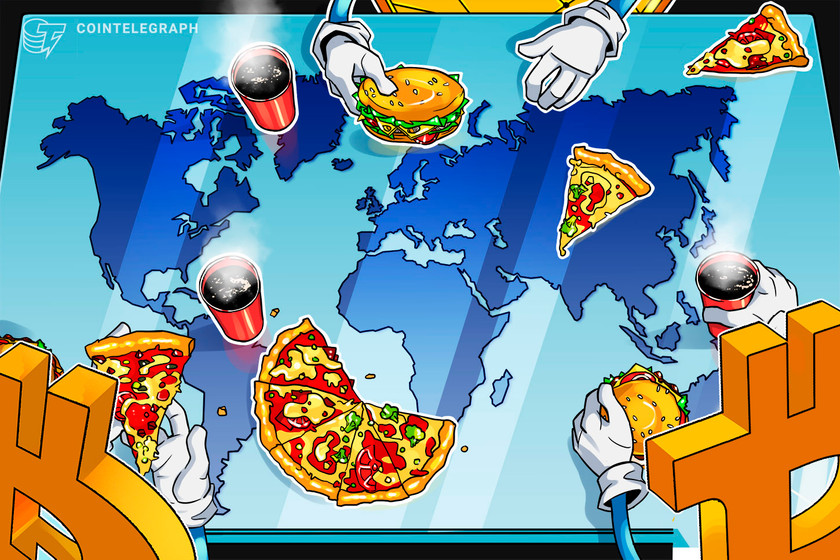 "I let the pizza guy choose between $5 in fiat or BTC. Needless to say, he chose wisely," said the Redditor.

A driver who held $5 in Bitcoin (BTC) as a tip for his pizza delivery services has reportedly resurfaced after seven years.

According to a post from Redditor btcbible, the Bitcoiner ordered a pizza on Dec. 28, 2013 and gave the delivery driver two options for his tip: a $5 bill, or 0.0069 BTC on a paper wallet. The value was roughly the same at the time, given the price of the crypto asset was $774.

However, the driver reportedly contacted btcbible this week for help on getting the funds into a hot wallet. With Bitcoin’s recent rise to a new all-time high of more than $58,000, the BTC is now worth roughly $400, an increase of more than 7,000% since the pizza was delivered hot.

"I let the pizza guy choose between $5 in fiat or BTC," said btcbible. "Needless to say, he chose wisely. I've responded with instructions on how to import the private key via Electrum."

The Redditor clarified that they were "not Bitcoin rich," having liquidated the majority of their funds last year to buy a home. The Redditor said at the time that the driver "had heard of bitcoin from the news and grasped the general concept of it" but was "obviously still very new to it."

The Reddit post is a reminder of one of the most iconic stories in the crypto space from Bitcoin's beginnings. The first documented commercial purchase using BTC was an order for two pizzas in May 2010, when a programmer paid 10,000 BTC — now worth roughly $580 million — for a Bitcoin Talk forum user to send him two pies from a Papa John's store in the United States.

The most recent Reddit post says that btcbible gave the delivery driver 0.05 BTC, or roughly $2,900 at the time of publication. Cointelegraph reached out to the Redditor for comment, but did not receive a reply.