Crypto assets for liquid democracy: The future of public finance 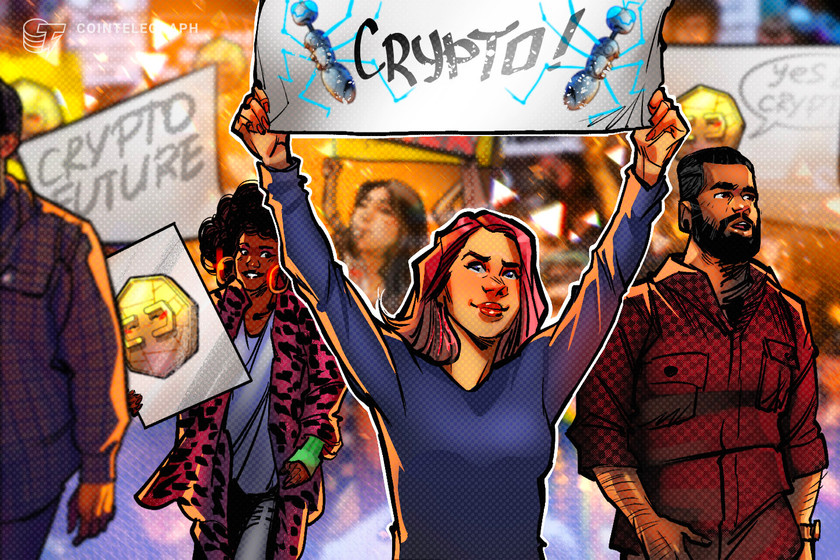 In the world of Web3, we will participate in collective decision-making through liquid democracy powered by crypto assets and smart contracts.

Power historically shifts from governments to people. Democracy is the product of revolution and disruptive innovation by those who abhor the elitism of aristocracy and monarchy, who fear the single-mindedness of theocracy, and who see the impracticability of communism. More than ever before, governments represent fairer and more trustless social contracts. How do we merge the rule of law with “code is law,” and can we have both?

As we behold the unstoppable force of decentralization, we must acknowledge the following: mass communication, intercontinental travel, widespread literacy, internet proliferation, pro-democracy movement, and the emergence of gig economies.

The problem with taxation is the adversarial tension that arises between governments and constituents once per year. We end up funding high-level officials whose judgment we trust less than our own. The solution is for us to control our societal contributions in real time, in the very streets we walk, with fellow community members as co-creators at a local level. Web3 is a chance to make taxes make sense, to build a sense of community through economic power, and to enjoy paying our taxes instead of dreading the act. Liquid taxation works in the following way.

Imagine getting an estimated tax assessment at the beginning of the year based on your income and net worth. This assessment is loaded into your municipal crypto wallet. Throughout the year, as you see problems to solve and causes to support, you send whatever sum of money you feel is worthy. If you want, you recruit friends to contribute with you from their tax pools. If you see something that needs attention, you create a funding pool for that issue like a crowdfunding platform.

As people self-determine the problems and corresponding solutions of their own neighborhoods in which they raise families and go to work, impact is easily measurable and instantly gratifying. It builds a sense of community when local issues are handled at such a speed and efficiency that they need not be trifled with at a national level. When the year ends, each person gets a summary of how they contributed to their own economy, how much of their tax assessment was deployed, and what kinds of community perks they merit. Thus, taxation is done in real time as a tool of liquid democracy. Localities become insulated from the time lag, human error, asymmetric information, and red tape of higher level governments.

If you do not spend your tax assessment, the difference goes to your local government to be used at its discretion. If you spend more than what you really owe in taxes, you get a refund. If you feel like it, you can delegate your tax spending power to a friend or family member whose judgment you trust. If this all sounds like a decentralized autonomous organization (DAO), that’s because that is one possible instantiation of liquid taxation.

Government spending is inefficient due to bureaucratic silos. By automating the negotiation of procurement contracts between providers and government organizations, we can save public finances and help great companies make more money.

It helps everyone to proliferate effective products and services from city to city, state to state, and department to department. Smart contract procurement can also automate and align the conditions of termination and restitution when something goes wrong. In the world of Web3, procurement will not be done through legal, political and bureaucratic teams that act both redundantly and inefficiently.

Smart contract procurement is more meritocratic and competitive than what we have today. It is also a tool of resilience for public sector agents that often get less than they deserve from the private sector. On top of this system, we can institute smart contract micro-bonds and municipal utility tokens that raise discretionary funding for local issues.

Related: What are smart contracts in blockchain and how do they work?

Multi-currency monetary system: From physical to digital, national to local

The problems with physical currency are well known. Digital currencies provide superior traceability, security, privacy and administrative ease. The problem is that central banks issue a single currency for a diverse set of jurisdictions. Just as it makes sense for the world to not have one planetary currency, it makes sense for a nation to have a diversified set of currencies that interoperate between federal, state and city levels.

Related: From cash to crypto: The Cantillon effect vs. the Nakamoto effect

Decentralization does not mean crypto anarchy. It means moving power and responsibility to localities, from abstractions like federal governments to front-line agents like city governments. “Power to the people” means power to the cities. Local authorities and neighborhood communities should solve their own problems rather than having to negotiate with higher levels of government and having their hands tied.

Multi-currency monetary systems have the following benefits: 1) keeping value created and shared within local communities; 2) alleviating administrative burdens from higher-level governments; 3) empowering the microcosms of a nation to deal with each other autonomously with “North Star” metric problem solving in real time; 4) making city and state economies insulated from the adverse effects that rain down from national and international economies. With a physical mint, this model would be a total mess. With a digital mint and smart contracts, however, this model is possible for the first time in history.

Civic engagement, social resilience and economic efficiency are the foundation of the social contract in liberal democracies around the world. With the unstoppable force of Web3, we have an opportunity to make public governance and funding fair and fun for the first time in history through liquid raxation, smart contract procurement, and multi-currency monetary systems.

Luke Kim, originally from Tokyo and Seoul, is a co-founder of Berkeley Blockchain Xcelerator, a co-inventor of two blockchain-based public finance models in partnership with a U.S mayor’s office, Partner at Truth Cartel, and co-founder of Startup Grind Berkeley. He is an investor and advisor to changemakers in the world of Web3.