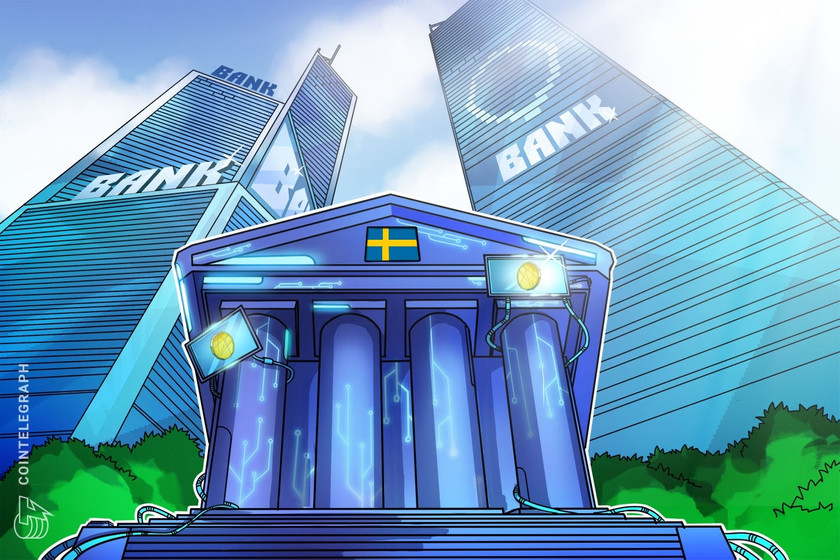 The Swedish CBDC is now technically ready for integration with banks and payment service providers, according to a report from Riksbank.

The Swedish central bank’s digital currency project, a proposed CBDC, known as the e-krona has successfully finished its second phase of trials. According to Riksbank, the nation's central bank, the asset is now technically ready to be integrated into banking networks and facilitate transactions.

During the second phase of the e-krona pilot project — which began in February 2021 — the CBDC was investigated on the matter of its technical ability to function within the country’s existing digital banking infrastructure. Participating banks included Handelsbanken and Tietoevry.

The report indicated that the e-krona could indeed be successfully exchanged for fiat money and used in transactions, both online and offline. This phase of testing also brought legal clarity to the project in terms of whether the e-krona should be regarded as an “electronic form of cash.”

As the project enters into Phase 3, a number of questions remain about the currency's future. Riksbank did not officially confirm its intention to actually issue the e-krona to the nation’s citizens and has not yet indicated the legal framework upon which it might be based. Riksbank did, however, specify back in January 2021 that the project’s proof-of-concept was harnessing Corda, a distributed ledger technology from R3.

National digital currencies remain a hot topic among financial authorities around the world. A recent Global CBDC Index from PwC showed that 80% of central banks are considering or have already launched a CBDC. The most developed CBDC at the moment, according to the report, is Nigeria’s “eNaira.” It received a score of 95 across both the retail and wholesale categories. PwC expects CBDC research, testing and implementation to intensify this year.