Reaching the Bitcoin price bottom is a process, says The Wolf of All Streets, Scott Melker 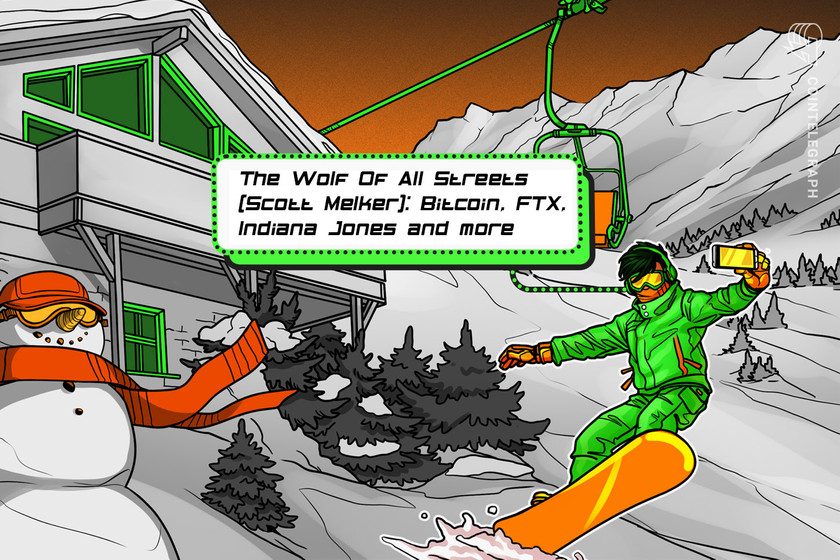 “People love to point at a specific price in hindsight as the bottom of an asset, but bottoming is a process,” Melker says during the first episode of Crypto Trading Secrets.

Crypto investor, trader and content creator Scott Melker, also known as The Wolf Of All Streets, joined the new Crypto Trading Secrets podcast for an interview with host Benjamin Pirus. During the conversation — which was recorded on Nov. 29 — Melker gave his opinion on numerous topics, including what he looks for on Bitcoin’s (BTC) price chart to tell him it is time to start contemplating a bull market transition. “It’s usually a multimonth process,” Melker said of asset bottoms. “It can take even longer than that.”

Early in the interview, Melker noted potential signs that Bitcoin could be forming its bottom in terms of sentiment and also weighed mainstream factors that might keep BTC down. Later, Melker pointed to the charts, mentioning what he looks for that might tell him Bitcoin and crypto have turned around.

“Obviously, we’re in a series here as far as price of lower highs and lower lows, and once that series is broken, you have a technical break of the bear trend and a move into a bull market,” Melker said. “Right now, the last lower high, I believe, is right around $25,200 — something like that,” Melker said offhand. “So, it would take, effectively, a break of that level to start even talking about a bull market.”

He also mentioned other possible prices and chart moves that people might look for that could signal a change in course into a bull market. “But I think that as far as sentiment is concerned, it’s going to be pretty clear when prices start to rise, [people] stop reacting to bad news, people start getting interested again,” he added, continuing:

“Maybe we start seeing some more good news, but if we see a true bull run, what will inevitably happen is that most people will be in disbelief. They won’t think it’s really happening. It’ll be $25,000, $32,000, $40,000, and then wherever those people start to buy in, that’ll probably be the local top.”

The interview covers much more, including the archeological pursuits of Melker’s past. Check out the episode on the Cointelegraph Podcast page, as well as on Apple Podcasts, Spotify, Google Podcasts and TuneIn.

The views, thoughts and opinions expressed in this podcast are the participants’ alone and do not necessarily reflect or represent the views and opinions of Cointelegraph.